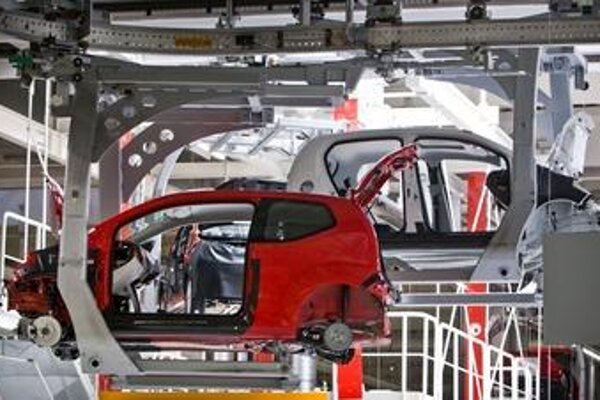 This exceeded even the average market expectations, while a higher monthly surplus has so far been recorded only in May 2013. Based on the current data, ŠÚ revised the foreign trade surplus for January and February downwards, by €24 million. The 12-month surplus of foreign trade increased in March from the revised 6.1 percent of GDP to 6.4 percent of GDP, and thus, foreign trade reached the historically highest 12-month surplus, UniCredit Bank macroeconomic analyst Ľubomír Koršňák wrote.

The trade balance in March was influenced mainly by weaker imports which slightly declined compared to previous months. Exports have stabilised and remained at the level of February, after seasonal adjustment. Also due to a lower comparative basis of the last year, the growth dynamic sped up on both sides of the balance: imports from 1.7 percent to 2.5 percent, and exports from 1.4 percent to 6.5 percent; despite the ongoing decline in prices in foreign trade.

The outlook foresees foreign trade as remaining markedly in surplus this year, but lower, however, compared to the previous year. Household consumption is expected to return to a growing trajectory in upcoming months, and together with the perceived launch of investment will rather increase imports.

The strong growth in imports will probably only partially be compensated by recovering exports which will be boosted by the recovering consumption and investment demand in Europe, as well as a weak euro (through rather indirectly). The foreign trade surplus could thus decline from 6.2 percent of GDP last year to 5.6 percent, Koršňák opined.