REMEMBERING the victims of World War II and what they fought for was among the main messages spread during events held across Slovakia in early May to mark the 70th anniversary of the end of World War II. 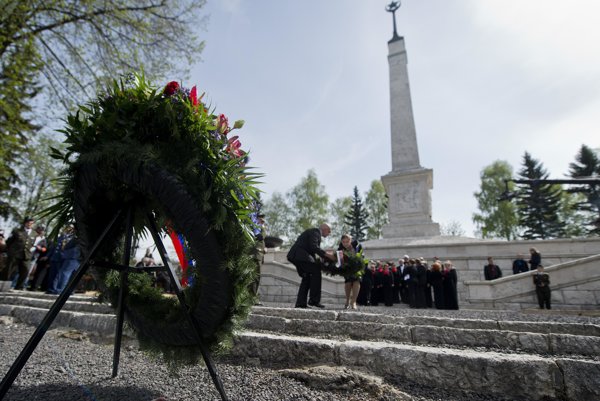 The main event took place in Liptovský Mikuláš, in Žilina Region, and was attended by national political figures and war veterans. 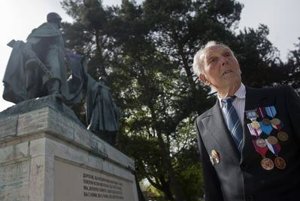 History should not be forgotten

The celebrations of WWII’s end in Slovakia were centred on the Háj–Nicovô military cemetery in Liptovský Mikuláš where nearly 1,400 members of the 1st Czechoslovak Army Corps are buried. Moreover, it was the site of the second toughest battles in Slovakia during WWII, after Dukla.

“We do not forget and cannot allow forgetting about the roots of evil which led to this war, of ideologies which millions of people believed in and which disdained human dignity and entire nations,” Kiska said in his speech, as quoted by TASR, adding that we should not forget the bravery and sacrifices of those who contributed to defeating Nazism in Europe.

Prime Minister Robert Fico echoed this opinion, stressing that on this day “the whole of Europe holds hands for reconciliation”, adding that it should not be only a formal gesture but a “firm grip of everyone who appreciates the value of life above everything else”, as quoted by TASR.

“At the beginning of the 21st century the tragedy of WWII should serve as a warning of how dangerous it is to ignore intolerance, animosity, xenophobia and racism,” said Speaker of Parliament Peter Pellegrini, as quoted by TASR.

Several towns across Slovakia also commemorated the end of WWII. The ceremonial laying of wreaths also took place at Slavín memorial in Bratislava on May 9, which was attended by Pellegrini, cabinet ministers, embassies and also war veterans. 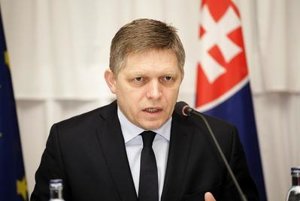 Read also:PM Fico: I will go to Moscow on May 9Read more

A more controversial visit was Fico’s trip to Moscow. He and Zeman were among a small handful of European leaders to attend events there. Many of Fico’s fellow premiers refused Kremlin invitations due to Russia’s involvement in the Ukraine crisis, the Denník N daily reported.

Before leaving for Moscow, Fico said he would make a great mistake if he did not attend the May 9 celebrations.

“And this mistake would undermine the reputation of the Slovak Republic because it would cast doubt over a tenet that forms the pillar of our statehood: namely, our stance on fascism, the fight against fascist and respect for its victims,” Fico said, as quoted by TASR.

He went on to say that he would feel “very ashamed indeed, if we were to succumb to pressure only because history is becoming politicised again and purposefully abused”.

Fico repeated these words also in Moscow. The defence of Russia was, however, dishonest as nobody has doubted the contribution of the Soviet Union to Adolf Hitler’s defeat, Grigorij Mesežnikov, head of the Institute for Public Affairs (IVO), told the Sme daily.

The Slovak PM, however, did not mention the annexation of Crimea, which was the main reason for the European leaders not attending. Mesežnikov considers this deliberate.

“His personal approach differs from the official line of Slovakia, and also the evaluation of the European countries,” Mesežnikov told Sme.

Foreign policy analyst Pavol Demeš shares this opinion. He also considers the fact that Fico also went to Westerplatte a sign of “seeking a balance” .

“The following days will show how our allies will assess it,” Demeš told Sme.

The May 9 visit to Moscow may however not be the last. Several Russian media informed he will arrive also on June 2, with the intention to discuss economic topics, Denník N wrote.