HUNDREDS of thousands of migrants will again set sail across the Mediterranean this summer, fleeing war and poverty in North Africa. 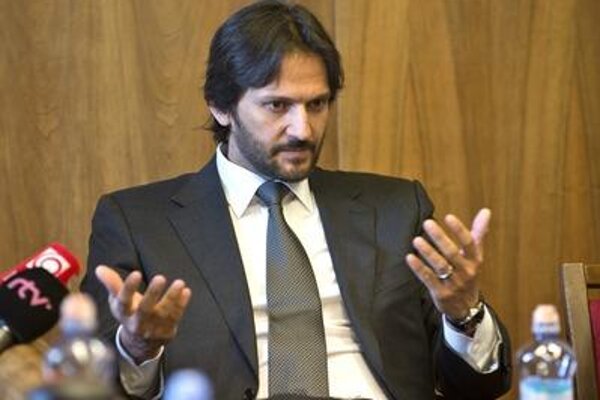 The flow of people in crowded, leaky boats has become a crisis for Europe. But thanks to the boundless cynicism of politicians, it is a farce as well.

Those who take the greatest share of the refugees – Germany and Sweden – want the burden to be shared more equally across the EU in the form of quotas. Countries like Slovakia, whose “strict asylum policy” was recently defended by Interior Minister Robert Kaliňák, are squealing with alarm and babbling excuses.

“Sometimes there is pressure on the eastern and sometimes on the southern border,” Kaliňák shrugged to the Pravda daily. As if sleepy Michalovce took turns with Malta as a destination for desperate migrants.

“To have a sea coast is an advantage; tourism stems from this. But sometimes it is a disadvantage.”

Well well. Talk about biting the hand that feeds. Being a member of the European Union is an advantage as well. Such membership means an inflow of EU funds, which your party and its sponsors can spend years looting. But sometimes there are disadvantages as well. Such as when the rest of Europe calls on you to act like a civilised adult and – mindful of the generosity and material advantages you yourself have enjoyed from other member states – open your borders to a few refugees.

Europe has legitimate concerns about migration, and about the growing heterogeneity of its populations. And Europeans, still recovering from a devastating financial crisis, are understandably worried about the economic impact of hungry newcomers. But the reason we have political leaders is because we wish to be ruled by wisdom and compassion rather than fear and ignorance.

The cost of admitting a few thousand immigrants is nothing compared to the damage caused to European solidarity by cynical refusals to share the burden. It may win you votes at home – as Kaliňák and British xenophobe Nigel Farrage evidently know – but it is ethically repugnant and politically indefensible.