The step recalls the times of three-time PM and chair of HZDS Vladimír Mečiar. 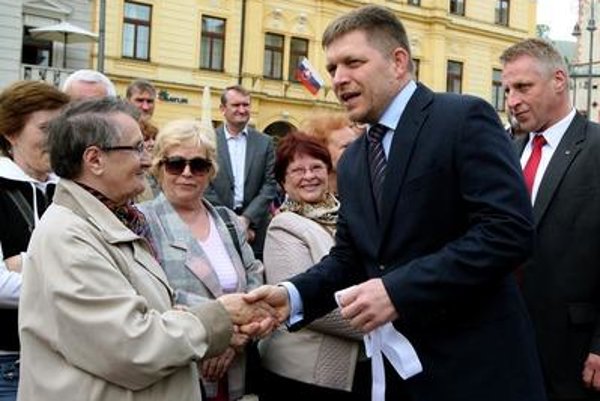 PM Minister Robert Fico along with Deputy Prime Minister Ľubomír Vážny and 13 ministers of the cabinet have arrived at a decision not to answer questions raised by Denník N in protest against cartoons caricaturing PM Fico.

“Cabinet members agreed upon this after the cabinet’s session last Wednesday,” the Cabinet’s Office informed on May 11 as cited by the Sme daily.

In her response, editor-in-chief of Sme Beata Balogová writes on the website of the daily that the approach chosen by PM Fico contradicts the principle of equality of approach to media and in the end harms the reader and the democratic society.

“I hope that the journalistic community will demonstrate solidarity with reporters of Denník N and will ask the cabinet also questions which it has refused to answer,” Balogová wrote.

The decision to ignore Denník N came from the cabinet after last Wednesday the daily published an appendix of stickers with cartoons by Martin “Shooty” Šútovec depicting Fico. One of them shows Fico with a package of money as a burglar shouting “Catch the burglar!” while another one depicts Fico with his head as a letter box with the slogan “I obtained money with my own head”.

The Cabinet’s Office responded to the stickers last week when it cancelled accreditation of two of Denník N’s reporters who were to fly with Fico to Moscow for celebrations of the 70th anniversary of the end of WWII.

“By this activity Denník N joined, in an unprecedented way, opposition political subjects and thus the Slovak Cabinet does not see sense in further communication with it,” the Cabinet’s Office wrote in its stance as cited by Sme.

Matúš Kostolný, editor-in-chief of Denník N, considers the cabinet’s decision to be tragic.

“So far it was only a personal failure of PM Fico, who was afraid of questions of our reporters already for some months,” said Kostolný, adding that he perceives it to be peculiar that the cabinet is dealing with stickers.

The question is whether the cabinet by its decision does not violate the law; while the situation recalls moments from the 1990s when the then PM Mečiar banned communication with the SITA newswire, Sme and Markíza TV. It lasted three months at that time.

Tomáš Czwitkovics, media analyst and editor-in-chief of the medialne.sk website dedicated to media, considers the decision to select journalists on the basis of their opinion as unethical even though his stance regarding the cartoons’ campaign is reserved, as he thinks that the campaign exceeds ethical journalistic standards of an independent media.