As many as 61 percent of automotive industry suppliers in Slovakia expect a certain amount of growth in production and revenues in 2015, according to the latest survey conducted by PwC in cooperation with the Slovak Automotive Institute (SAI) and the Automotive Industry Association (ZAP). 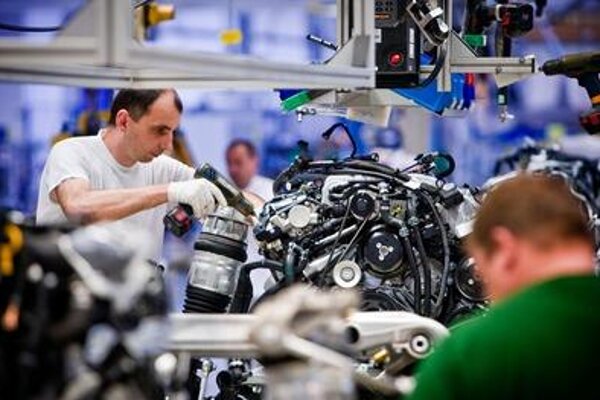 The survey was carried out in March and April and canvassed the views of over 50 suppliers.

“Expectations for 2015 are optimistic again, with as many as 61 percent of suppliers confirming – despite various uncertainties – that they expect slight or significant growth in revenues and the volume of production,” Peter Mrnka, PwC’s specialist for the automotive industry said when introducing results of the survey on May 11 as cited by the TASR newswire. Mrnka added that automotive suppliers are more often than not cautious in their predictions, with actual results proving more significant.

According to the results of the survey, one half of the respondents confirmed that their financial situation in 2014 was more favourable when compared to the previous year. Only 14 percent of the surveyed suppliers recorded worse economic results on the year. Moreover, automotive suppliers are no longer supported only by Slovakia-based carmakers, but rather by demand on the markets in western and central Europe.

“It sends out a clear signal that Slovak suppliers are diversified and able to grow despite the fact that Slovak carmakers are in the doldrums and/or are at the limits of their capacities,” said Mrnka.

In addition, nearly 50 percent of the respondents said that they expanded their staff last year, while 43 percent expect to boost their employee pool in 2015.

One of the key issues broached by this year’s PwC survey was dual education and qualified workforce. The survey showed that as many as 78 percent of the suppliers confirmed that lack of access to and expertise of a qualified workforce may hamper their growth, citing insufficient internal resources and finances. Approximately half of those surveyed said that they would like to join the scheme involving the practical training of students based on newly adopted legislation on vocational education.