THE PRODUCTION of Russian weapons in Slovakia may be among the topics discussed at the meeting of Slovak Prime Minister Robert Fico and Russian President Vladimir Putin at their June 2 meeting. 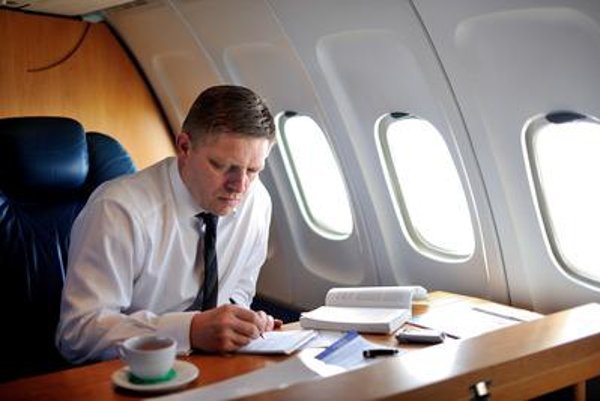 Fico said so in his interview with Russian TASS newswire during his visit to Moscow, where he, as one of a few European leaders, went to celebrate the 70th anniversary of World War II’s end, the Sme daily reported.

Other topics may include the project of the cyclotrone centre and construction of the broad-gauge railway through Slovakia. The Government’s Office has neither confirmed nor disproved the information as it does not answer the questions of Sme. It, however, issued a statement later, saying that the whole article is a lie.

“It insinuates to readers the information about the alleged intention of the prime minister to launch the production of Russian weapons in Slovakia,” reads the statement. “This information is, however, not true because in the case about which the daily writes, it is not about any new production, but only finishing the agreement on licensing the existing production of weapons in Slovakia.”

The Government’s Office also criticised Sme for “deliberate tendentiousness and gross unprofessionalism”, explaining that the author of the article had the statement of the Economy Ministry which explained that Fico was not talking about new technologies, but only licensing the military components already produced in Slovakia. Sme actually used it in the story, the Omediách.com website reported.

Producing weapons would not be at odds with commitments to NATO, but a problem would appear if Slovakia started focusing on Russian technologies, analyst Jaroslav Naď told Sme.