THE INDUSTRIAL production index rose by 10.4 percent year-on-year in March. 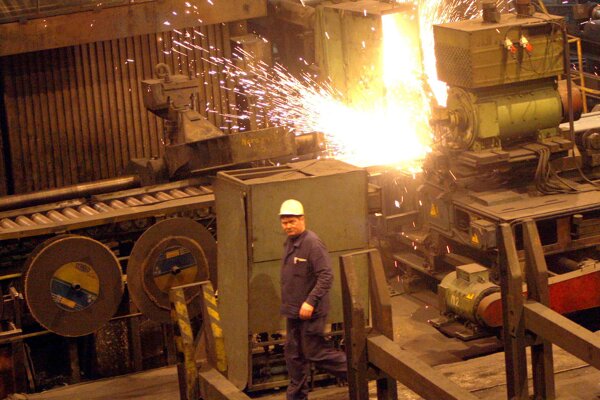 It was affected mostly by the growth in industrial manufacturing (10.9 percent), mining and quarrying (8.6 percent), and electricity, gas, steam and air-conditioning supply (6.4 percent).

“The data from the beginning of the year indicate that the Slovak industry began to restore, with the growth being distributed among several industrial sectors,” Ľubomír Koršňák, analyst with UniCredit Bank Czech Republic and Slovakia, wrote in a memo.

The March statistics may have been positively affected by Easter when some companies may produce goods in advance, but even after taking this effect into consideration, we may still talk about the relatively robust industrial growth, the analyst added.

After seasonal adjustment, industrial production grew by 2 percent y/y in March 2015 compared with the previous month.

On average, in the 1st quarter of the year, the index grew by 5.3 percent y/y, of which in electricity, gas, steam and air-conditioning supply by 7.2 percent, and in mining and quarrying and manufacturing by 5.1 percent each.

Koršňák finds it positive that the industrial growth occurred across the sectors. Only the producers of consumer electronics reported a drop, but their production remained above the last March’s level.

“For the first time since the beginning of the crisis we could see the annual rise in production in all industrial fields,” Koršňák said, adding that the highest values were reported by crucial export sectors: automotive, engineering and, after seasonal adjustments, also producers of electrical equipment.

Also metallurgists reported strong annual growth, but their maximum production did not exceed last year’s numbers, the analyst continued. Additionally the chemical industry and some low-tech sectors reported growth in production in March. Food producers also continued to grow after they increased their production by nearly one third. Businesses in the textile and furniture industry reported two-digit annual growth, Koršňák added.