THE ITALIAN energy group Enel has received several binding binds for acquisition of its 66 percent stake in the country’s biggest electricity producer, Slovenské Elektrárne (SE), even as the state has expressed an interest in boost its stake to a majority holding. 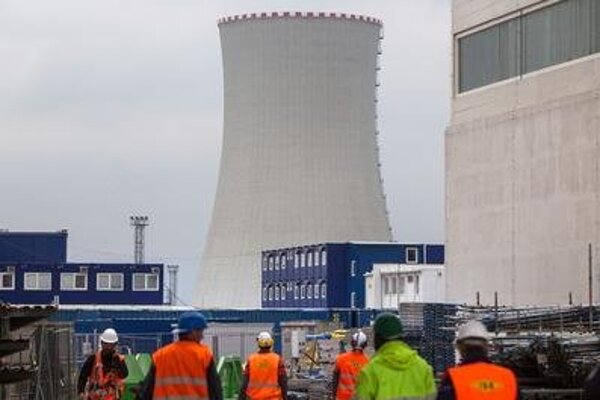 The developments raise the possibility that the sale process will be split into two phases.

“There is also a possibility to sell a portion of our shares to the state until a new shareholder enters the company,” Francesco Starace, head of Enel said in response to the received bids as cited by the Denník N.

While Enel has not revealed the number of bids, the Czech-Slovak financial group Energetický and Průmyslový Holding (EPH) and Hungary’s MVM Group in a consortium with Slovakia’s Slovnaft confirmed that they submitted bids. Finland's Fortum allegedly has submitted a binding bid too.

“We confirm that we proceed in the process of sale of the shares held by Italian company Enel,” said EPH spokesman Daniel Častvaj as cited by the SITA newswire. EPH is owned by Czech businessman Daniel Křetinský, Slovak businessman Patrik Tkáč and financial group J&T.

EPH has already clinched a successful deal with Prime Minister Robert Fico's government when it has entered the natural gas sector in Slovakia. Now EPH controls the most profitable parts of the gas utility SPP.

For the time being EPH is expanding when it is purchasing also five Italian gas-fired powers stations and coal-fired power station in Sardinia being sold by the German concern E.ON, the TASR newswire wrote. The acquisition should be complete by the end of May. Afterwards EPH will become the fourth biggest electricity producer in Italy.

“Slovnaft, member of the MOL group and the MVM group, submitted on May 7 a joint indicative offer to acquire the 66-percent stake Enel holds in SE,” said Világi as cited by SITA.

While Finnish Fortum does not comment on officially the course of the transaction, sources close to the tender confirmed for the Pravda daily that they submitted a bid too.

In the meantime the Czech energy company ČEZ did not bid. Among reasons it listed also statement Fico that the state holding the remaining 34-percent stake will “actively block” the sale of the 66-percent share until it gets guarantees for completion of the third and fourth blocks of the Mochovce nuclear power station.

Just few days before the deadline for submitting bids for acquiring the 66-percent share in SE, Fico announced that the state wants to increase its 34-percent stake. Fico announced his government’s plans to Enel CEO Francesco Starace at a meeting in Bratislava on April 29.

“The Slovak cabinet will enter the process of talks with Enel with the aim to strengthen the positions of Slovakia in SE,” Fico said after meeting Starace as cited by the SITA newswire. “We want to return the state into the position in SE which it deserves.”

Slovakia will be interested in obtaining at least 17-percent stake out of the 66-percent share offered for sale. This would boost the state’s share to 51 percent while the plan is also to obtain managerial control.

Enel’s CEO does not see any problem in the Slovak government’s plans, but he also made it clear that “this is one of the solutions but not the only one”, SE writes on its website. Enel will have to complete the process of formal bidding and then evaluate together with the other shareholder and pick the best solution. Emphasising that alignment of the shareholders is important, Starace said: “We have decided to work together and meet again in Italy in mid-June and decide together the best way in the interests of Slovenské Elektrárne.”

Next steps will depend on the quality of bids while the group will however seek to complete the sale of the first tranche this year.

Fico reiterated that his cabinet would obstruct the sale of the 66-percent share until the Italians commit to secure completion of the new reactors in Mochovce.

Starace thinks that there have been some misunderstandings in connection with Enel’s plans for the sale of its holding in SE. He explained that Enel did not intend to leave Slovakia.

“We want to finish this job and we want to stay if we see the conditions are positive,” Starace said as cited on the SE’s website, explaining that there have been two reasons for selling SE.

The first was the difficulty of being the majority shareholder in a dominant power generating company in Slovakia when the minority shareholder opposed the privatisation of SE – a process closed by Enel and the former Slovak government in April 2006. The second reason was the new Enel Group’s strategy, as presented in London in March, to focus on regulated markets while SE operates mainly in the unregulated segments of electricity generation and wholesale market.

Italy’s Enel announced the sale of its stake in SE and other assets in 2014 as part of efforts to cut its debt load. It acquired the share which included also renting of the Gabčíkovo hydropower plant for €840 million. But in response to requirement of Slovakia, SE returned Gabčíkovo back to the state, an operation resulting in both sides demanding hundreds of millions of euros in compensation from the other. At the national level SE is the biggest electricity producer in Slovakia with an 82 percent market share.