SPECIAL Prosecutor Dušan Kováčik was set to appear on the parliamentary defence and security committee session on May 12 to explain his steps in Gorilla case investigation, but he sent a letter stating that he would not come because he could not provide any information, as the case is still "live", the TASR newswire reported. 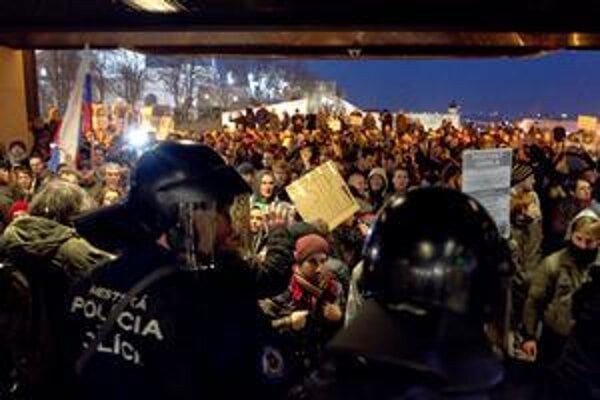 The case concerns an alleged corruption scandal that was leaked on the internet and to media in late December 2011. The Gorilla document was reportedly made by the Slovak Information Service (SIS) intelligence agency. It allegedly describes operations conducted by the SIS, which sought to collect information on the Penta financial group’s influence on senior Slovak politicians between 2005 and 2006. The wiretapping took place between November 2010 and January 2011.

Opposition MPs from the committee doubt that Kováčik is on the right side in investigating the Gorilla corruption scandal, said Independent MP Daniel Lipšic at a subsequent press conference on same day.

“We have doubts that Mr Kováčik is acting lawfully and with the goal of seeing the Gorilla case investigated and the figures responsible brought before a court,” Lipšic said, as quoted by TASR. “He’s rejected investigators’ requests to examine Slovak Intelligence Service (SIS) chief Ján Valko and [alleged] author of the file Peter Holúbek. The latter would have been able to confirm whether the file is genuine or not.”

Kováčik is, just as any other prosecutor overseeing a probe into a case while it is in preparatory proceedings, obliged by law to refrain from commenting publicly on cases that have no as yet been concluded, reads the Special Prosecutor Office statement.

The governing Smer MPs did not protest against the letter because that they are not investigative committee and do not have powers to intervene ongoing investigation of Gorilla case, according to Jaroslav Baška of Smer.

Lipšic criticised the Smer party for echoing Kováčik’s statement that the case is live. He said that the committee has already debated many live cases, including the wiretapping of journalists under former defence minister Ľubomír Galko.

“We as ministers always came and responded to the committee,” said Lipšic, as quoted by TASR, who in the past served as justice minister and later as interior minister.

The opposition believes that Kováčik is sweeping the case under the carpet, so it wants to summon Kováčik to the committee again next week. If he does not appear MPs will prepare legislation allowing parliament to recall a special prosecutor before his term expires.

“Efforts by politicians to meddle in criminal proceedings and influence a prosecutor are inadmissible in a democratic state with a rule of law,” said the Special Prosecutor Office spokeswoman Jana Tökölyová.