Trains from Prague to Bratislava to get faster

SLOVAKIA and Czech Republic will modernise the railway connection between Prague and Bratislava allowing trains to travel up to 160-200 kilometres per hour (99.4-124.2 miles per hour), the SITA newswire reported on May 12. 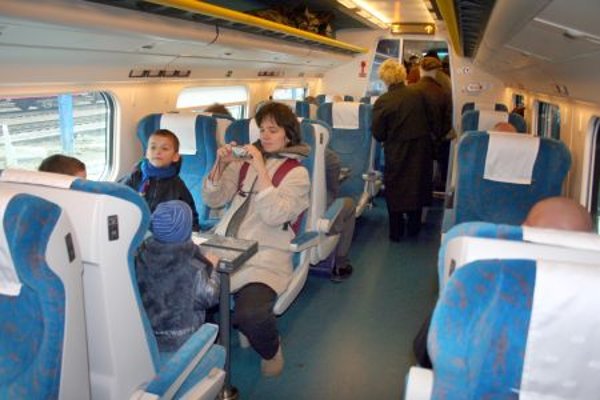 The topic was discussed between Transport Minister Ján Počiatek and his Czech counterpart Dan Ťok during the session of the two governments in Valtice in the Czech Republic on May 12. At present, Pendolino trains connecting Prague and Bratislava reach a speed of 130 kilometers per hour (80.7 miles).

Czech Prime Minister Bohuslav Sobotka stated that a high quality link between the two neighbours is important largely for economic cooperation, as it will boost business activities and investment. Sobotka went on to emphasise the importance of the completion of the R49 expressway in the Czech Republic and the R6 expressway in Slovakia, which should form a direct link from the Czech Republic to Slovakia's D1 highway in the Trenčín region.

“We also support linking roads in the Moravian-Silesian and Žilina regions,” Sobotka said, as quoted by the TASR newswire.