THE HOMILY of Greek Catholic priest Rastislav Baka which he served before the February referendum on family was not hateful and did not violate any laws. 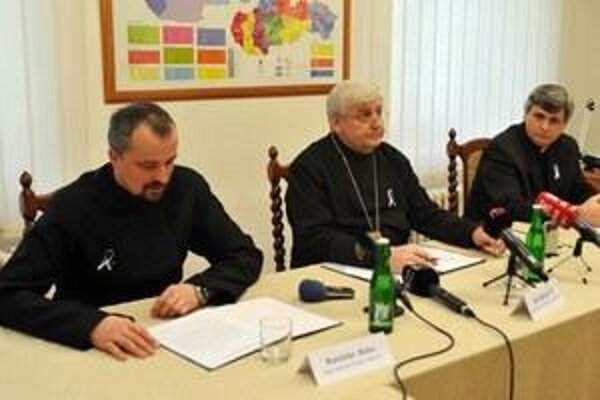 This stems from the decision of the district prosecutor’s office in Prešov, Prešov Greek Catholic Bishop Ján Babjak told the press on May 12.

The regional Radio Regina, which is part of the public-service RTVS, refused to broadcast the homily, as it, in its opinion, violated the rules for broadcast before a referendum. The Greek Catholic Church is now asking RTVS for an apology.

The decision of the prosecutor’s office says that in the homily recorded on January 14 in Prešov the priest “did not violate Slovak laws and he did not commit any hatred to any group of people”. Thus there is no reason for his prosecution, Babjak said.

The decision also allows Baka to ask for compensation of the caused damages, but the priest already said he will not do it, as reported by SITA. With his homily he only responded to the events in the society, he said, adding that he forgives those who harmed him with their statements

Babjak in his speech was critical about several media which used only selected sentences from the homily and reported that Baka used hate speech against homosexuals. It launched a series of commentaries and blogs, but the public could not hear the whole homily. Since the recording was made by RTVS, the church could not use it. However, after making a deal with the broadcaster it is now possible to hear it at the website of the Greek Catholic Archbishop Office.

The Greek Catholic Church will now use the law and ask media to apologise. It also plans to submit a proposal to the Council for Broadcast and Retransmission to check the steps of RTVS. It also called on the management of the broadcaster to apologise, as reported by SITA.

RTVS is currently scrutinising the decision of the Prešov prosecutor’s office, said Juraj Kadáš of the press department. He stressed that the prosecutor’s office was checking the actions of the specific person, and not violating the rights by RTVS. Though the homily did not violate any rules, it does not mean that with broadcasting it no laws which RTVS has to observe would have be breached, as reported by SITA.

“We still think that RTVS followed the law and also its internal rules,” RTVS wrote in a response, as quoted by SITA. “On the other hand, we are in contact with representatives of the Greek Catholic Church and together we are discussing the conditions for broadcasting and further mutual cooperation also in regard to this event.”