POLICE have halted the prosecution that targeted a family which had lodged bribery allegations against Mečiar-allied cardio-surgeon Viliam Fischer. 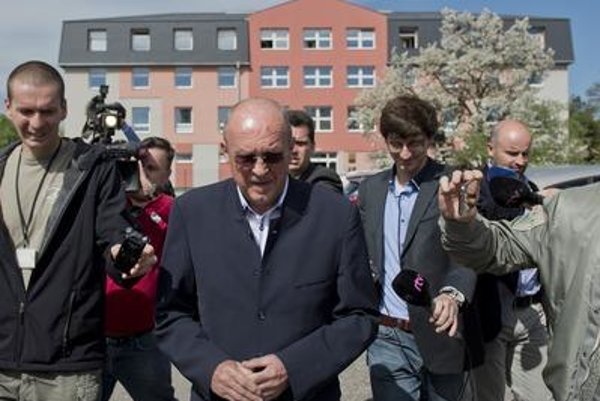 The investigation was concluded on May 4, with a proposal to halt the prosecution. The reasoning was that the four suspects participated in clarifying the case and convicting the perpetrator of the bribe; and the interest of the society to uncover corruption is bigger than the interest in criminal prosecution, Police Presidium spokesman Martin Wäldl informed the TASR newswire on May 13.

Fischer, charged with accepting bribes, officially concluded a plea bargain with the prosecutor of the Special Prosecutor’s Office on April 1 which was later approved. On April 21, he received a suspended sentence of two years and probation of four years, a fine equalling €15,000 and a ban of practicing as a doctor for three years. The court also approved the confiscation of a portion of the bribe to the tune of €800. The verdict is valid.

Thus, for some time it looked as if those who reported his criminal act with police would be punished more strictly than the perpetrator.

Police began dealing with the case on February 4, after the family of a deceased patient filed a criminal complaint. The daughter of the patient said, as quoted by the TV JoJ that they were indirectly suggested to pay for moving her mother to an earlier date on the list of planned surgeries, and thus gave Fischer a total of €3,000 in three installments, plus some poultry. However, the woman’s conditions did not improve after the surgery and she later died.

After her death, famous surgeon and failed presidential candidate allegedly returned €800 to the bereft family members, claiming he does not have any more cash on him. The mourning relatives filed a complaint, even though they also risked facing a charge for giving a bribe, the Noviny.sk website which reported first about the case, informed.

The family was also charged with offering a bribe in February, but is now cleared.