MAYOR and councilors of the Bratislava borough of Vrakuňa have launched a strike alert citing the dangers posted by the former waste dump from the Juraj Dimitrov Chemical Plant (CHZJD). 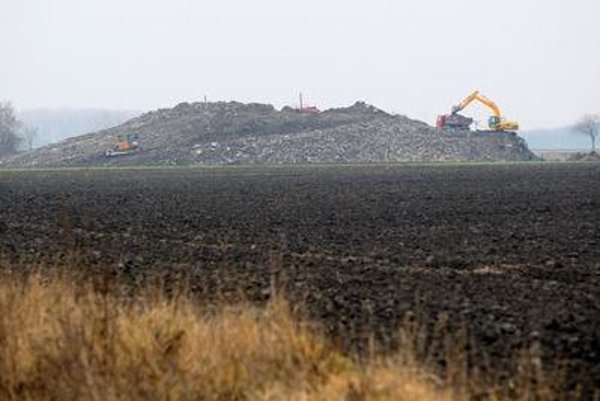 The strike alert is indefinite the borough self-administration told TASR newswire May 13.

The resolution cites a very dangerous accident of the old chemical waste dump that has been long protracted and never really solved and that may have irreversible impact on the health of citizens and the environment.

“This has been going on for 13 years, and this is why we are ringing the alarm bell,” Mayor Martin Kuruc said, adding that if the situation does not change, he and councilors are ready to enter a real strike and start organising protest events.

The Environment Ministry has been doing geological research at the waste dump in recent months, and after it is ends in June, the person responsible for the cleaning of the dump will be pinpointed. If the ministry was to bear this burden, it will try to bid for finances from the Life Quality operational programme of the European Union, TASR wrote.

Vrakuňa is also ready to use all available grant schemes to do away with the dump.

The dump of former chemical plant lying is on the old Mill Branch (of the Danube), or Mlynské rameno, on the border between boroughs of Vrakuňa and Ružinov. It is about 4.65 hectares, with about 90,000 cubic metres of waste from the plant and was used during the 1960s-1980s. Borough and activists point out that there have been no impermeable insulating elements have been built, and nobody knows exactly what waste is deposited there.

After the Gabčíkovo hydroelectric power plant started operating in 1992, ground water has started to rise, until it reached the level of contaminated minerals and the chemical waste. Thus, toxic substances might have leaked into the surrounding areas and there is a ban on using household wells to water vegetables or fruit trees.

A petition against the waste dump was launched in February, and now contains 2,500 signatures.