THE POTENTIALLY botched administration of theVáhostav construction firm's restructuring has the company facing the threat of bankruptcy once again. 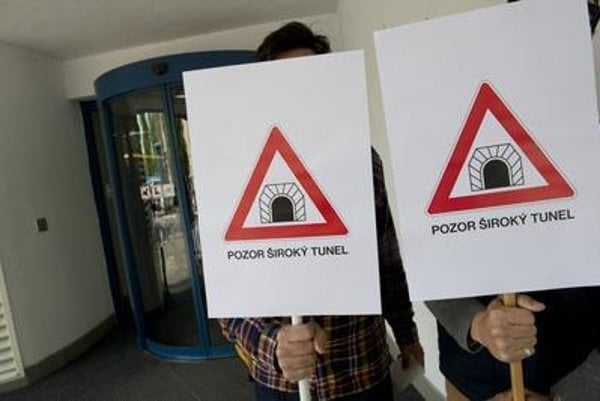 The company, which is tied to oligarch Juraj Široký, is one of the country’s biggest construction firms. Originally it had planned to pay just 15 percent of its debts of €15.7 million to small and medium-sized companies as it underwent restructuring. So-called secured creditors, that are especially banks that have secured their loans with collateral, would have receive 100 percent of their claims as part of the restructuring plan.

Then the Smer-dominated parliament stepped in, changed the law and modified the restructuring plan so that banks will get back 85 percent of their claims in the next five years, while small unsecured creditors will obtain 18.75 percent.

When the law is seriously violated in a recovery plan, courts are meant to step in and declare the company bankrupt, the Fair-Play Alliance watchdog pointed out. In the case of Váhostav it will be up to judge in charge, Katarína Bartalská, to decide – by May 22.