ANNIVERSARIES are much more about the present than the past, and Russian President Vladimir Putin has sought to use the 70th anniversary of the end of World War II to bolster patriotism at home as Russia and its separatist allies remain at war in Ukraine. 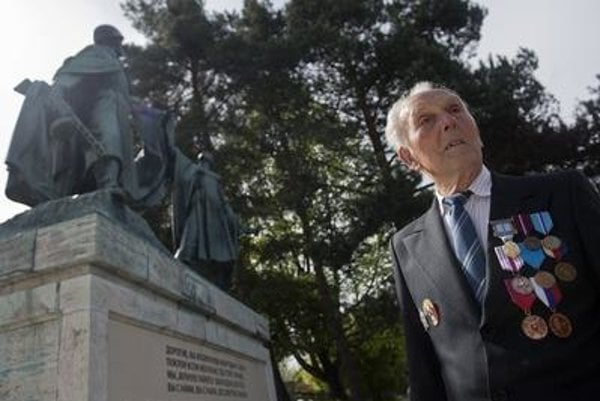 A banner behind the grandstand at the May 9 parade in Moscow was notable for what it ignored, marking World War II as having lasted from 1941-1945. By overlooking the two preceding years when the Soviet Union had allied with Nazi Germany such a banner whitewashes, among other horrible things, a tacit agreement to split Poland between the two. In light of contemporary attempts to carve up Ukraine this is particularly tasteless and makes anybody who voluntarily attended the parade somewhat complicit in the lies. Prime Minister Robert Fico did not attend the parade.

Though going to Moscow at all these days is admittedly politically charged, Fico’s anniversary celebration balancing act – which in addition to Moscow saw him stop in Poland at a ceremony attended by Ukrainian President Petro Poroshenko – actually looked a little bit like real diplomacy. 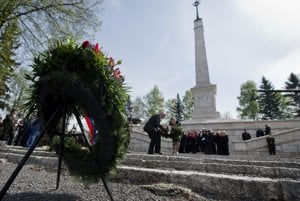 Slovakia’s own Nazi-allied history gives this some meaning. As Fico noted in declining to attend the Moscow celebrations he “would cast doubt over a tenet that forms the pillar of our statehood: namely, our stance on fascism, the fight against fascism and respect for its victims.”

As painful as it is to say so, he might be right. Slovakia was not an innocent bystander in World War II. Anyone who pretends otherwise is trying to rewrite history themselves. The Slovak wartime state was fascist and a friend to the Nazis. This is different than Poland or the Czech Republic, for example.

Slovaks rightfully celebrate the Slovak National Uprising that came in 1944, and it would be irresponsible to allege that all Slovaks were loyal to Jozef Tiso’s regime in the years before that. Still, refusing to acknowledge the country’s willing cooperation with the Nazis in the years before 1944 – and express regret for doing so – is no different than Putin’s attempt to say World War II began in 1941.

Fico attended a ceremony in Poland, did not attend the Moscow military parade, and did not meet with Putin face to face. In short, there was little that he did that indicated anything approaching support for Putin’s policies in Ukraine. It is fair to criticise some of the ambiguity he has displayed in the past, but there was nothing ambiguous in this trip – quite the opposite.

Fico went on to say that he would feel “very ashamed indeed, if we were to succumb to pressure only because history is becoming politicised again and purposefully abused”. He is right, and nothing he said or did indicates that he condones Russian attempts to spin World War II to its propaganda advantage today. In fact, he appears to be critical of such efforts.

Compare Fico’s trip to that of Czech President Miloš Zeman, who not only went to Moscow, but met with Putin and then began telling the press that the European Union could look to lift trade sanctions by the end of this year. No serious person believes Zeman has any influence on future EU policies toward Russia, nor does that have anything to do with commemorating the victims of World War II.

So far, the Fico government has remained loyal to the EU and NATO lines on Ukraine. There are reasons to question some of the things Fico has said in the past as it relates to the war in neighbouring Ukraine. Despite much speculation to the contrary his commemoration of World War II did almost nothing to indicate support for Russia’s current policies.

Slovakia was fascist, period. Slovak leaders have reason to go out of their way to emphasise that the country, in its contemporary form, regrets this and clearly condemns Nazism and all that it entailed. Fico did this, and did it fairly effectively. Now it’s time to start asking more substantive questions, like why is he now planning to go back to Moscow in June?