A feast of culture: Museums to throw open their doors

THIS  Saturday May 16 th is the International Museum Day and all museums galleries will become available at a fraction of their regular cost. 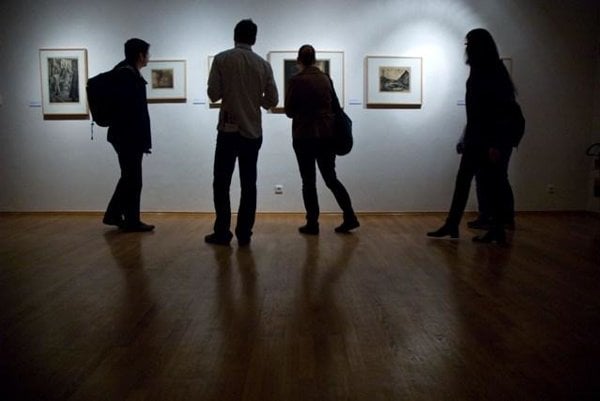 A night in the National gallery (Source: Sme)
Font size:A-|A+0

The idea dates back to 1977 when 108 national committees supported a resolution designating a day in May to celebrate arts at a price that would be within the reach of anyone.  Seven years ago, the French initiative Nuit Européenne des Musées, the European Night of Museums, also supported the initiative. The goal of the project is to present, preserve and protect cultural heritage, and to spread information on cultural diversity in European countries and regions.

In Bratislava, visitors will pay a fee of €2 in the first museum they visit and then will free entry in all other participating venues. State, municipal and some private museums and galleries are participating in the event, many of which will stay open until midnight.

The Night of Museums and Galleries in Bratislava will offer numerous opportunities in the capital for the one low price.  All branches of the Slovak National Museum (there are nine of them in the capital), the Slovak national Gallery (including workshops, a book sale, lectures and guided tours), a concert, and more) Bratislava City Gallery, Kunsthalle / Hall of Art, the Nedbalka gallery, Satelit Design Centre, The Theatre Institute, Slovak National Theatre (between 18:30 and 21:00, exhibition about its 95th anniversary), Bratislava City Museum, Museum of Ján Cikker, the Museum of Trade (where a blues-rock concert will be offered), ÚĽUV Gallery of the folk arts and crafts, Museum of Transport, as well as some museums rarely open to public such as the Museum of Police and Museum of Paedagogy and Education.

Some more distant from the centre venues will also be worth exploring: Devín Castle, the Ancient Gerulata Rusovce archaeological site, the Museum of Petržalka Fortification at Stará Cesta na Viedeň, Waterworks Museum and the Volkswagen Slovakia plant in Devínska Nová Ves, or Museum of the Petržalka Fortification. The full programme can be found – in Slovak – at www.nocmuzei.sk/nocmuzeiagalerii/nmg2015/bratislava.php?obj=program.

Larger cities –regional centres like Trnava, Nitra, Žilina, Banská Bystrica, and Prešov will also participate, offering their exhibitions and also accompanying programme (in Slovak). However, also some museums and galleries in smaller cities and towns (e.g.Poprad) will participate, so it is best to check at www.nocmuzei.sk/nocmuzeiagalerii/nmg2015/slovensko.php?obj=index1, by the town name.

Some tips for the weekend in Bratislava: