MORE than 300 “international displaced persons in clear need of international protection” could come to Slovakia as part of a European resettlement scheme if the EU approves a new quota-based strategy for dealing with immigrants presented on May 13 by the European Commission. However, the Slovak government has expressed its strong opposition to the plan. 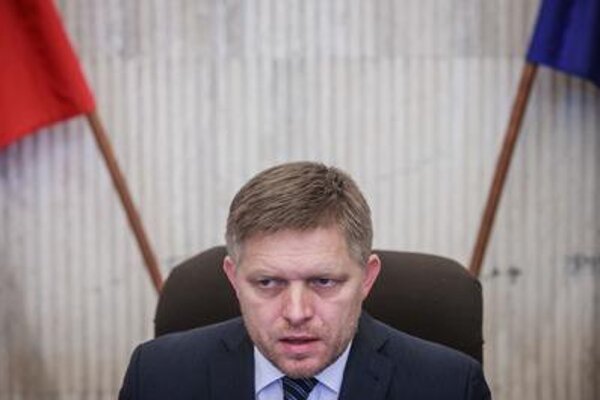 Under the EU programme, which aims to resettle 20,000 people, Slovakia would have to accept 319 people. Furthermore, it would be obliged to take care of about 1.78 percent of all further immigrants who arrive from outside Europe.

The EC will provide more detail on its relocation and resettlement proposal in two weeks. It should then go to the European Council for approval via qualified-majority voting.

Slovakia and the Czech Republic are against any implementation of mandatory quotas for immigrant redistribution in EU member states, the two countries’ respective prime ministers Robert Fico and Bohuslav Sobotka announced at a joint session of their two governments in Valtice in the Czech Republic on May 12.

“I refuse to accept any quota policy, in principle,” Prime Minister Robert Fico said, as quoted by the TASR newswire. “Political conclusions from the European Council are in place, which have an unambiguous voluntary element.”

Slovakia is prepared to accept an increased number of immigrants, as it has been doing so far, but quotas are not a good idea, according to the Slovak Interior Ministry. Instead of quotas the EU should focus on helping those member states who are struggling with waves of immigrants, for example by destroying ships used to transport people from Africa to Italy, the ministry said.

MEPs who voted in support for the quota initiative – including all four MEPs from his own Smer party – are completely out of touch with reality and do not follow the European Council’s agenda or the conclusions of heads of EU-member states, Fico stated.

If there is a need for discussion in the Slovak parliament about such immigration, then he would delegate the interior and foreign ministers to submit a status document on the issue, Fico added.

The Slovak Human Rights League (HRL) welcomed the idea of quotas, saying that there is no simple solution to the problem. The HRL also claims that destroying smugglers’ ships would merely force migrants to use vessels that were even less seaworthy.

“We should realise that migration has always been here,” HRL head Zuzana Števulová told The Slovak Spectator. “The need of every person to be safe and start a normal life is completely natural.”

Accepting immigrants could cause several problems for Slovakia, said Central European Policy Institute (CEPI) Senior Fellow for Defence and Security Jaroslav Naď. The country would have to prepare for a higher number of people with ties to criminal or terrorist organisations pretending to be refugees, he said. Moreover, providing shelter and education for more people would increase Slovak expenditure on immigration.

“From Slovakia’s point of view it is not beneficial to take a higher number of refugees,” Naď told The Slovak Spectator.

There is always some security risk when accepting migrants, but Slovakia has enough experience in dealing with them, such as filtering former inmates that Slovakia has accepted from the US detention centre in Guantanamo Bay, Cuba, according to Števulová.

“Such risks are predictable and it is possible to prepare for them,” Števulová said.

HRL has previously pointed to another problem with immigration to the country. The Slovak authorities have detained more than 770 immigrant children without parents over the past five years. Many of those who were placed in children’s homes run away and are never found. Often, such children end up as modern-day slaves, forced to work, beg or become prostitutes, and with new immigrants the number of such people could rise.

The solution is to improve their living conditions, via education or job opportunities, according to Števulová.

“Our task is to stop seeing ourselves as a transit country and became [migrants’] final destination,” Števulová. “If we do not aim for that, they will really run from here.”