Carmakers accused of paying too little

WHILE wages at Slovakia’s three carmakers exceed the national average, analysts believe that they should be even higher. 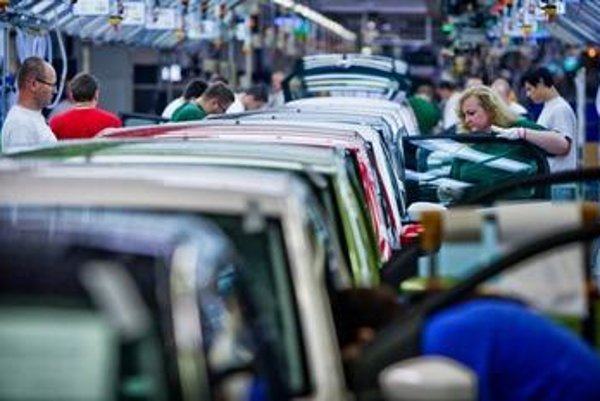 FinStat, a website that analyses the data of companies operating in Slovakia, points out that carmakers are paying only a fraction of what employees bring the companies in the form of added value. The difference in pay is the biggest at Kia Motors Slovakia where the average monthly wage is about €1,300, the Sme daily wrote.

“One worker here generated an added value of €130,000 in 2013,” said FinStat, as cited by Sme, pointing out that the carmaker, when coming to Slovakia, received tax relief and other subsidies. “They paid this worker less than €16,000. These workers deserve much more.”

Kia Motors Slovakia argues that it is spending a lot of money on innovations and that it pays the largest corporate tax among Slovak carmakers.

“The produced added value remains in the country,” said Miloš Ondruš, of Kia.

Based on data published by the Finance Ministry, Kia paid corporate taxes of €83 million for 2013.

The gap among the other two carmakers is smaller. Workers of the Trnava-based PSA Peugeot Citroën who produced an added value of €60,000 earned €14,700 while workers of Volkswagen Slovakia received €10,000 more for the same added value produced.

The Slovak arm of Volkswagen, where the average salary is about €2,000 did not respond to requests for more statistics. The average wage at PSA Peugeot Citroën is about €1,200.

Carmakers in Slovakia repeatedly face the threat of strikes demanding higher wages for their workers. Earlier this year the workers at PSA Peugeot Citroën asked for a 9-percent salary hike.

“Employees should get more,” Emil Machyna, chairman of the trade union KOVO, said when commenting on the analysis. “We will continue to fight to raise the wage of [carmakers’] workers until it reflects the good results of carmakers as it is in Western countries,” said Machyna.