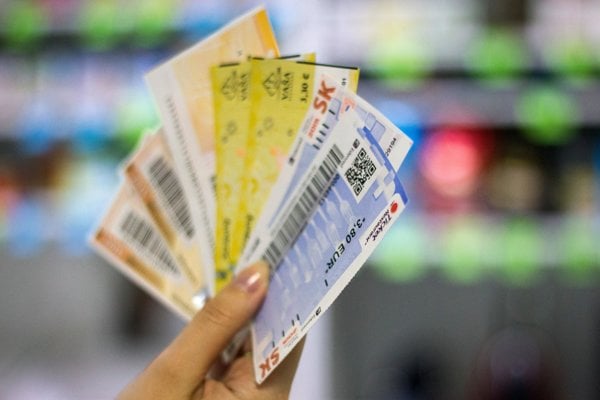 DESPITE minimal changes in the provision of benefits to employees, in Slovakia there is a gradual effort by companies to link employees’ working and private life. Still, Slovak workers say they prefer financial compensation to non-financial benefits.

“The higher the fixed salary, the greater the probability that the employee will not speculate and look for other options,” Mariana Turanová, managing partner in Slovakia of Target Executive Search, told The Slovak Spectator.

While the popularity of financial benefits applies in particular to manufacturing companies, employees in other sectors have begun to prefer non-financial rewards.

Budjač added that the benefit policies in companies are usually stable, thus these items do not change too much from year to year. The majority of changes applies to benefits that are regulated externally or are required by a new generation of employees.

According to the biggest job website Profesia, the current popularity of benefits relates to education and work of the employees.

“Low-skilled workers appreciate the benefits that are easy to change to money including a variety of vouchers and discounts,” Miroslav Dravecký, senior product manager at Profesia, told The Slovak Spectator, “whereas highly-skilled staff prefer flexible working time, home office or sick days that help them to battle stress in the workplace and combine work and private activities.”

Based on the Profesia survey, Dravecký sums up that the most common benefit in Slovakia is organising company events in a variety of forms, from meetings in pubs to weekend activities associated with team building. Moreover, companies often provide drinks like coffee, tea and juices for free and employee trainings at work. On the contrary, the least provided are subsidies for accommodation and above standard health care, according to the Profesia survey.

Ivana Kubašková, marketing manager of Grafton Recruitment, agrees that besides the financial rewards the most provided benefits include team-buildings, education, flexible working time and days-off.

“People most appreciate the extra holiday from the non-financial benefits,” Kubašková said.

While in the past the role of the benefits was to attract top class applicants and retain skilled employees, currently it mainly strives for the communication of corporate culture and unburdening employees from day-to-day problems, according to Dravecký.

The benefits linked to the corporate culture are different in different sectors. In the banking business, it is options for corporate shares. In IT, employers usually provide a variety of technological toys for business and special trainings, in the automotive industry there are discounts for buying cars made by the brand.

Kubašková from Grafton Recruitment thinks that the benefits should motivate the employees for work in the first instance, as they may be considered as another form of remuneration.

“Companies have been more often trying to differentiate themselves from the competition through non-traditional benefits interesting for the target class,” Kubašková said.

According to Mária Balušinská, country manager at Randstad, also work attendance is a big reason to provide the benefits.

“Companies use the benefits to insure that the worker comes to work,” Balušinská told The

The most current trend in Slovakia is bringing together the work and non-work life of employees via benefits. Employers have tried to lessen the burden of redundant activities of staff and use its time to solve the working issues.

“Some companies have introduced kindergartens for children of employees or reimbursed the cost of finding a home nurse who helps with care for a family member or tutoring,” said Dravecký.

Turanová of Target agrees benefits associated with the linking of the work and family are becoming more common.

“Any activity that allows mothers or fathers to better combine the work and family life acts as a trend of the moment,” Turanová said.

The range of benefits more often depends on the loyalty of employees or the working position. Many employers provide fundamentally different benefits to fresh graduates and to experienced employees.

According to Kubašková, the companies that differentiate benefits according to junior and senior positions usually limit benefits for juniors that are related to organisation of working time and working independence.

Balušinská of Randstad pointed out that differences arise due to positions with varying levels of required working skills.

“In the case of a fresh graduate who works in merchandising it is assumed that he uses the provided car for business purposes,” said Balušinská “in contrast to senior employee who can also use the car for private purposes too.”

The difference is also in levels of education. A graduate needs lots of general education courses, a more senior worker focuses on language and specialised courses, Balušinská added.

Dravecký said that the greatest disparity appears in benefits as a mobile phone for private purposes and the company’s contribution to pension savings.

“Employment for some period is a frequent requirement for those benefits,” Dravecký told The Slovak Spectator adding that, on the other hand, young people increasingly enjoy benefits such as education or corporate events.

Compared to the past the non-traditional system of benefits called cafeteria that gives employees a set budget to choose from many benefits that most suit their needs has been gradually implemented in the Slovak market.

“The cafeteria system is provided mainly by large firms whose employees have different interests and needs, particularly in terms of age,” said Dravecký, adding that these companies must also have capacity to administer the system.

According to Balušinská, the possibility to choose the benefits is used by companies with a wide range of office positions, and also with middle and higher management. Every company creates their own cafeteria system.

“Some companies benefit employees occasionally, others have refined this system to constant rewards,” said Balušinská.

Hay Group sees a big change in the popularity of cafeteria system in Slovakia. It is an example of modern benefits required by a new generation of employees.

“In 2009, only one-sixth of companies were providing the cafeteria system, today it is already nearly twice as much,” said Budjač.