MORE than three years into the current parliament’s term the top post at the Supreme Audit Office (NKÚ) remains vacant. 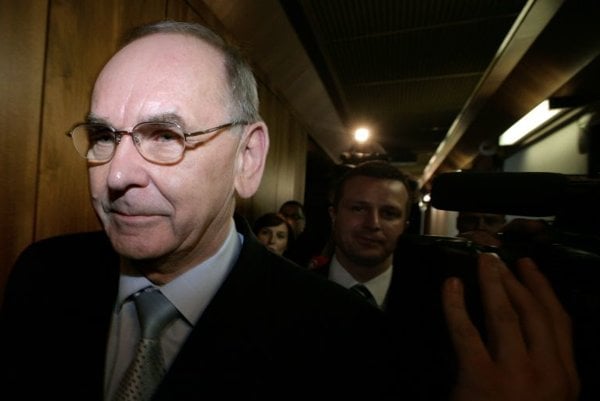 Parliament has been unable to elect the successor for Ján Jasovský, who still heads the office on an interim basis despite his term having officially ended in February 2012. The opposition parties, which traditionally nominate a candidate, had previously failed to meet Prime Minister Robert Fico’s demand for complete unity over the issue, but he has now dropped the demand.

On May 13 the parliament’s Finance Committee heard and okayed three candidates for the May 19 election of the next head of NKÚ: Maroš Žilinka, Karol Mitrík, and Henrieta Crkoňová.

Žilinka, a former deputy interior minister who also ran on the slate of the Christian Democratic Movement (KDH) in the 2012 elections, was supported by 60 MPs. The KDH previously proposed him for the post in May 2013, when he also had the backing of SDKÚ and Most-Híd, then grouped together with KDH in the People’s Platform. The parties however withdrew him from the vote after Smer changed the balloting process to a secret vote.

Mitrík, who served as the head of the SIS secret service SIS under the government of Mikuláš Dzurinda, was proposed by SDKÚ chair Pavol Frešo.

Former Palacký University in Olomouc bursar Henrieta Crkoňová was nominated by MPs Marián Kvasnička (KDH) and Štefan Kuffa (Ordinary People and Independent Personalities-OĽaNO). She also served as the Head of Office at the Education Ministry until January 2015, when she was dismissed by the government at the request of Education Minister Juraj Draxler.

There is an unwritten agreement that the top post at NKÚ, an office in charge of overseeing the spending of public finances, should be filled by a candidate proposed by the opposition. The May 19 election is the sixth attempt by the current parliament to elect a new NKÚ head. Prior to the election, Fico announced he no longer required the unanimity of the opposition over the candidate.

“We respect the right of the opposition to propose, but it doesn’t go without the votes of Smer,” Fico explained at a May 13 press conference. “The final responsibility is thus on the part of the majority and we take it upon ourselves.”

Some are critical of the shift.

“The approach has changed now, because now there is an opportunity for Smer to get de facto their man there,” political analyst Grigorij Mesežnikov told The Slovak Spectator.

While previously Fico’s rhetoric was that the opposition MPs should all support their candidate and Smer would only add the votes necessary to achieve the majority in the parliament, now it seems that the new NKÚ head could be elected by the MPs of Smer plus one or two opposition votes, Mesežnikov noted.

“[Smer] could as well elect their own candidate then,” Mesežnikov said.

Fico’s move left the opposition with several petty disagreements, as more than one candidate for the NKÚ top post emerged.
Frešo’s nomination of Mitrík caused a clash between him and Ľudovít Kaník of SDKÚ (who subsequently left the presidium of the two-MP party).

Kaník called upon Frešo not to violate the unity of the opposition and withdraw Mitrík’s nomination. Kaník stressed that a candidate who does not enjoy the majority of support from the opposition is not an opposition candidate at all and – if he or she is elected – it will become clear this situation occurred due to the votes of Smer.

Mitrík is perceived as a candidate suitable to the ruling Smer, because back in 2013, when the opposition couldn’t come up with a candidate, Fico proposed three opposition-linked candidates and Mitrík was one of the names on his list. 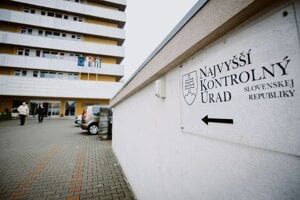 “Mitrík is one class higher than anyone else,” Frešo said on May 10 on the private news channel TA3, adding that “Smer will have a hard time” rejecting this candidate.

KDH chair Ján Figeľ, however, criticised the candidacy of Mitrík on TA3, arguing that Frešo acts “as if he was a Smer member”, following Fico’s suggestion for a candidate. Figeľ also pointed out Mitrík’s age (69) and said there’s no need “to elect pensioners”.

The KDH too has had its internal clash over the candidates, when it called on its MP Kvasnička to withdraw his signature from Crkoňová’s candidacy. When he declined to do so, it expelled him from the KDH caucus.

Meanwhile, independent MPs Miroslav Beblavý and Martin Fedor, affiliated with the extra-parliamentary Sieť party, announced that they would not participate in the election at all, despite the fact that they signed Žilinka’s candidacy proposal. They said they would only vote if Žilinka was the only candidate.

Even though the fact that there are three rather than one candidate for the post is often interpreted as the inability of the opposition to cooperate, Mesežnikov considers such claims far-fetched.

“Originally the opposition agreed on a suitable candidate,” Mesežnikov noted. “There were several candidates who were backed by all the opposition parties, but even then Smer repeatedly blocked the election.”

KDH announced that if the parliament fails to elect Žilinka on May 19 they would propose no more candidates, but would instead back a candidate proposed by Freedom and Solidarity (SaS).