ĽUDOVÍT Štúr, the "national awakener", who managed to codify the first common language for all Slovaks, is celebrated throughout 2015, as this year marks the 200th anniversary of his birth. 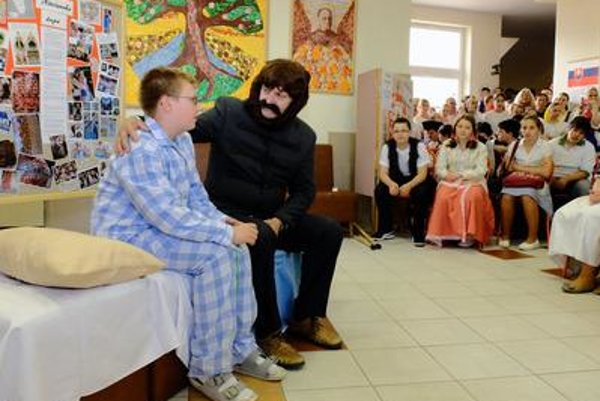 The year of Štúr is full of events, mostly for schools and young people - like this one at religious elementary school of R. Zaymus in Žilina. (Source: TASR)
Font size:A-|A+0

Among the yearlong events, educational lectures and exhibitions, one stands out – as on May 21, there will be a multi-genre event taking place in downtown Bratislava, called Štúr-žúr, i.e. “a Štúr party”. Its ambition is to bring the personality of Štúr, mostly just an abstract notion from textbooks and encyclopaedias, closer to the wider public.

On offer will be, starting from 12:00 and ending at 22:00, a discussion, reciting, music, theatre, films, art, photographs, and fashion – all evolving around the personality of the man who not only unified dialects from the Slovak territories and chose the most neutral one to become a common language, but also helped, together with his colleagues and friends, educate, enlighten and agitate people to fight against the Hungarian dominance (with the then Austro-Hungarian Empire) in culture, art and education.

Although most of the events will be in Slovak, some may not require exceptional language skills, and thus may be apt also for foreigners trying to understand this crucial – and much cited – personality of Slovak history.

There will be interviews in the Rudnay Square in front of the St Martin Cathedral, films in the nearby Mladosť cinema, with snacks from Štúr Café and Štúr Bucks, theatre/scenic reading, a concert of bands which lyrics include Štúr and the Slovak language (e.g. Slniečko), a photo-exhibition from the private archives of a Štúr relative, a market with hand-made goods, book kiosks, and an interactive stand with competitions and quizzes – all focused on Ľudovít (or Ľudevít, a she is also called).

The event is organised by the Institute of Linguistics of the Slovak Academy of Sciences, and so the most accurate information can be found at www.juls.savba.sk.

Among the other events organised to mark the anniversary – and there are many in various places of Slovakia (as Štúr travelled a lot, studied, worked and lived at several sites), the one in the Slovak National Museum stands out.

Organisers informed that due to bad weather forecast, the party will be moved to the Old Market-hall / Stará tržnica in SNP Square 25.

The exhibition at the Bratislava Castle – lasting until January 2016 – displays his importance for the country, the nation, and the cultural development on 19 thematic panels, via exhibits from museums, art galleries and archives. “It reminds us of the sources which Štúr had drawn his inspiration from, studies the course of his life and his accomplished work in detail and illustrates how his ideological and moral message has been fulfilled in individual historic stages up to today,” the museum informs. It can be seen daily except Mondays, 10:00-18:00. There are also some accompanying events, for example a lecture on Štúr by an author of a book about him, Beata Mihalkovičová, of the Ľ. Štúr Museum in Modra, a guided tour “around Štúr memorial sites” in Bratislava in June/July, and some more slated for the autumn and end of the year. 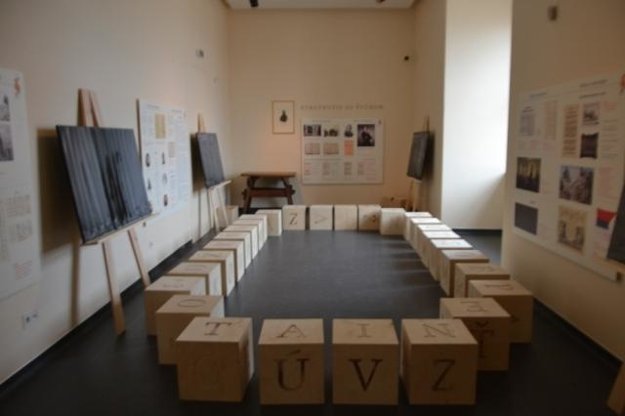 Exhibition of ľ. Štúr is accompanied by workshops and events, mostly for children (Source: Courtesy of SNM)