THE FINAL evening of the 2015 Fjúžn festival in Bratislava April 30 saw a pleasant day with the prospect of three day weekend following, and the ice hockey world championships about to be underway in the neighbouring Czech Republic. The KC Dunaj venue was full well before Prague’s headlining Allstar Refjúdží Band began to play. 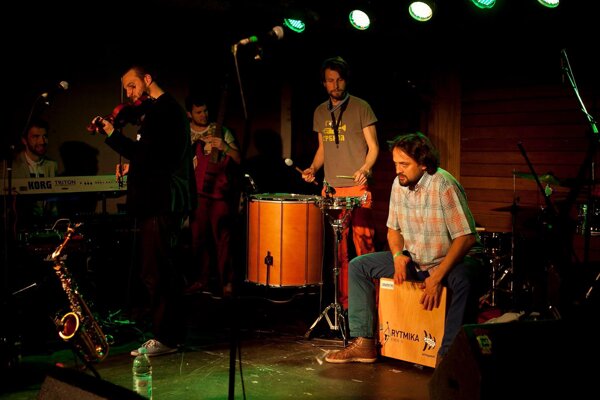 Now in its 10th year Fjúžn, or the Festival of Minorities, ran from April 23-30, including everything from literary presentations, exhibitions, discussions, an international party, a dance evening followed by a workshop, a happening for children organised by the National Gallery, an instructive workshop for foreigners, a presentation of study on migration, to The Sunday Parade – community meeting in the Old Market-hall offering foreign meals, foods, tunes, languages, handicrafts, and much more.

The Sunday Parade, together with the Good Market in the Jakubovo Square – a market focusing on local farmers’ products, slow food, exotic ingredients and cuisines – are the most demanding events from an organisational point of view, said Fjúžn’s Martin Brix, but also among the best attended events. In short, he said, it embodies the festivals ethos to integrate migrants, foreigners and minorities, to make them feel at home in Slovakia, and to make Slovaks feel at home while sharing the country with other cultures. 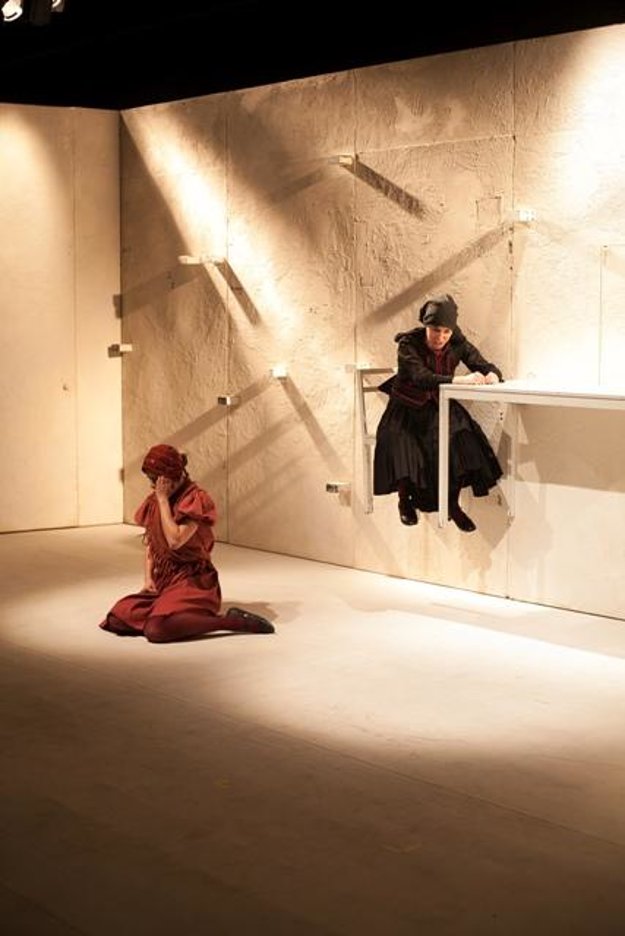 Before the Allstar Refjúdží Band took the stage at the final concert on April 30, Slovakia’s own La3no Cubano band took to the stage.

“We regularly come to play with migrants to their camps – earlier to Gabčíkovo, now to Medveďov and Rohovce – once or twice a month,” Tono Gúth of the band explained their motivation for participation in a festival aimed at foreigners. “So we have been dealing with the issue of migration for the last five years; and through music, we are trying to find a common language. And that is why we are here.”

It is enriching and inspiring for both sides, Gúth added, saying that even though most of the time migrants are not professional musicians, they have already discovered some talents – Chocolat Chouc from Congo with whom La3no Cubano planned to play at the Slovak Pohoda Festival but who fled two weeks before that. Gúth said that his motivation for playing with migrants was mostly human. The band draws inspiration for their exotic music through travel, by attending festivals and through the internet. They play not just Cuban music, by but also Balkan, Oriental music, disco, and Slovak folk tunes.

By the time the Allstar Refjúdží Band took over, the crowd was warmed up. The audience danced and interacted with the band that was composed of migrants and foreigners living in the Czech Republic – with clarinetist, a ukulele player and the vocal leader, Philipp Schenker.

“The atmosphere was great,” Schenker told The Slovak Spectator. “We really had fun playing for your audience. They were obviously very interested in style and message of our music and we really appreciate that.”

As for their selection of songs, Schenker said, “Kramářská píseň is a new version adapted from an 18th century song. It comes from a time when in the Czech political and economic elites sympathised with Russia, and something like the situation today with those who excuse the illegal war that Putin now wages. We found the parallels interesting and we found this song very pertinent. Back then in hard times the poor Czech farmers would often emigrate to Russia. Nowadays it is the economic interests of big Czech companies that gently close their eyes in regard to violations of human and rights in Russia. So I like [Slovak President Andrej] Kiska more than [Czech President Miloš] Zeman.”

Speaking for his colleagues, Schenker noted that it interests him that the emigrants in the band feel more and more at home in the Czech Republic.  They have steady jobs, families and share the same problems as the Czechs. “But yes,” he added, “in some things you always remain a foreigner and have a different perspective of life in your adopted country. Sometimes there is a language handicap. But sometimes one feels quite comfortable with the Czech way of life.”

As to the theme of the festival, Schenker said that the Czechs have not taken responsibility for their huge refugee problem. He also noted out that there is a  great deal of anti-Muslim propaganda with people getting hot and hateful about

even though there hardly Muslim immigrants living in the Czech Republic.

The concert started after 23:00, but the viewers did not leave and the event culminated when Allstar Refjúdží Band sang – in several languages, including German, Chinese and God knows how many others Happy Birthday not just to their drummer, but to a decade of the Fjúžn festival itself.

“Our music is confrontational but we also want to connect with different cultures, and, at the same time, make music that can be enjoy and danced to,” Schenker said, adding: “We really enjoyed playing on your festival.

Maybe we can come back next year.”

Birthday not just to their drummer, but to a decade of the Fjúžn festival itself.

“Our music is confrontational but we also want to connect with different cultures, and, at the same time, make music that can be enjoy and danced to,” Schenker said, adding: “We really enjoyed playing on your festival.

Maybe we can come back next year.”