SLOVAK films which have proved successful especially in recent the period continue to garner awards, acknowledgements and support internationally. 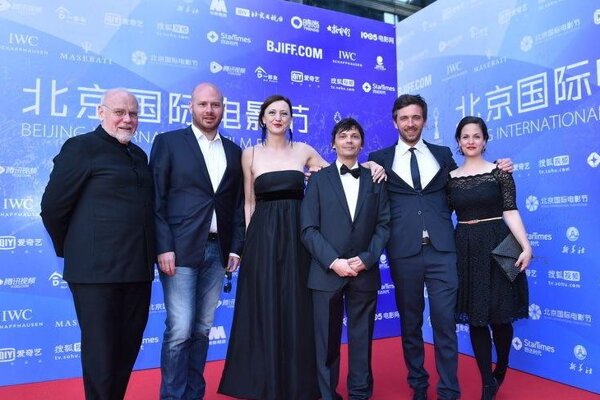 A prominent jury composed of renowned names such as Luc Besson, Kim Ki-duk and Fernando Meirelles decided to award the Slovak film Children (2015) by Jaro Vojtek at the 5th Beijing IFF, the Slovak Film Institute (SFÚ) informed in April. The Best Script award went to Marek Leščák, while Tomáš Stanek received the award for Best Cinematography and Éva Bandor became the Best Actress in a Supporting Role, accepting the award from director Kim Ki-duk in person.

After a double-win at Vilnius IFF earlier in April, Koza (2015), the Berlinale-premiered title by Ivan Ostrochovský, struck a double score again. The film received the Award of the City of Wiesbaden for Best Director from the International Jury of the 15th goEast festival and the FIPRESCI Award from the International Federation of Film Critics’ Jury, as well.

Unlike Children, Koza will be screened only later in Slovakia, starting this September.

The eighth Slovak Producer on the Move is Marek Urban (sentimentalfilm). The Slovak representative at the European Film Promotion platform, held during the current 68th Cannes IFF, celebrated the launch of his new film Koza (2015) at Berlinale’s Forum and will present his upcoming project OUT by György Kristóf at the Cannes Cinéfondation’s L’Atelier; Market Screenings of Koza and The Wilson City movies; Mphilms, Fly United/Cinedix at the Producers’ Network platform; a collection of Slovak documentaries in the Doc Corner; and  two participants developing their film projects within the ScripTeast.

A new programme of the European Film Promotion – Future Frames: Ten new filmmakers to follow – will present a selection of ten young directors at the upcoming 50th Karlovy Vary IFF. The Slovak representative is a new talent Martina Buchelová, a student at Bratislava’s Academy of Performing Arts and her short film Green Line (2014), SFÚ wrote.

At the film festival in Czech Pilsen (Plzeň), the Wave vs. Shore, debut of director Martin Štrba has received the Golden Kingfisher, the main prize for best Czech-o-Slovak documentary movie.