SLOVAK producer of mine clearance systems Way Industries continues to expand into African and Asian markets, with the firm now signing a contract for supplying five Božena minesweepers to Nigeria. 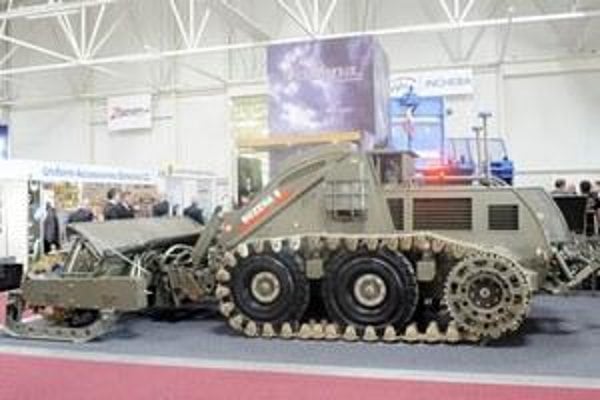 The deal follows up supplies to Indonesia in 2014.

“We’ve just received the results of a tender in Bangladesh in which Slovakia’s Božena won as well,” Bohuslav Lipovský, general director of Way Industries told the TASR newswire.

Apart from regular supplies of mine clearing equipment, the Slovak firm also specialises in consulting and training soldiers.

“Our expert team recently returned from the Golan Heights, where we provide a whole tailor-made mine clearing system,” said Lipovský.

The Krupina-based company has also approached potential business partners aside from those in developing countries. It has concluded deals with the US Air Force, for instance.

“We’ve signed deals with the American military, already received payments and will send off the goods this month,” said Lipovský. “I’m glad that we managed to establish business contacts following the stabilisation of ownership relations and have also gained the trust of financing banks.”

Way Industries was founded in 2009 and took over the Krupina production programme, manufacturing construction and mine clearing equipment. The production portfolio features skid steer loaders, land defence systems and demining and riot control systems, with 94 percent of total production geared towards export. In 2014, the firm recorded year-on-year growth of 38.8 percent in sales, with revenues reaching €19.3 million. It employs approximately 200 people.