ACTIVISTS oppose the planned construction of the small hydroelectric power plant on the Danube flowing through Eliášovce, a part of the Nový Život village in Trnava Region. 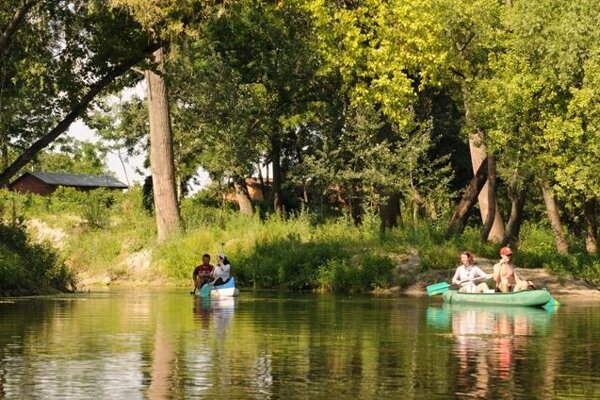 They already launched a petition, claiming that the potential risks exceed the expected contribution of the construction.

The investor of the new power plant received the building permission from the local authority in Trnava in April. It had to deal with the matter after the Trnava Regional Court turned down the decision of the former regional construction office in Trnava which approved the building in November 2012. At the time the decision was challenged by the Hunting Association Fehérág, which together with the agricultural cooperative from Nový Život, the MY Nitrianske Noviny regional weekly reported.

The local authority in Trnava, however, did not start a new proceeding and issued the permission based on previous materials, finding the complaints unfounded.

“The special construction office checked the request, complaints, comments and statements submitted in the construction proceeding and found out that by constructing and later use of the building the rights or interests of participants in the proceedings are not endangered,” the local authority claimed, as quoted by MY Nitrianske Noviny. It added that the construction of the power plant will not worsen the environment on the river.

The activists, however, have a different opinion and point to the negative impacts of the construction. They call on the Environment Ministry, the Trnava Self-Governing Region and the European Commission to stop the project.

“The Little Danube is one of the last relatively preserved lowland rivers in Slovakia,” reads the petition. “This is proven by the presence of numerous rare species of fish, the otter, as well as the rare hermit beetle, which is a species of European importance.”

Moreover, activists point to the fact that the partition of the Little Danube will create a barrier for fish migration which is necessary for reproduction, among other things. It will also lower the tourist potential of the river and its future development, as reported by MY Nitrianske Noviny.

In addition, activists point to the risk of serious contamination of the underground waters and the waters of the Little Danube. The toxic substances which got into the river from Slovnaft oil refinery in the 1960s are currently at the river’s bottom in high concentrations and the construction may result in their release.

Meanwhile, also Fehérág appealed the decision of the local authority in Trnava, MY Nitrianske Noviny wrote.