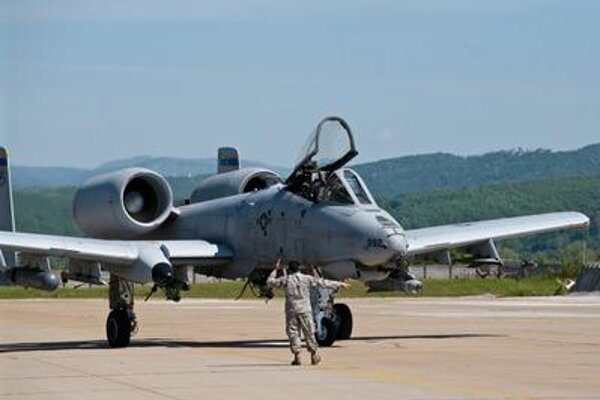 “It is slow, ugly, dirty, but it does everything we need,” said US pilot Ryan Hayde when explaining the meaning of the nickname, as quoted by the Denník N daily. “It has strong armament and is not afraid of dirt; like a hog.”

The “Hogs” have been used in all US missions across the world. They came to Slovakia from Romania. After the end of the training they will move to Poland where they are expected to stay for one and half months.

Both Slovaks and Americans praise the joint training. While Slovak pilots will train for all fighting and supporting tasks, including air defence, their US colleagues will fly the MiG-29 jet fighters. They will have “a lot of fun” as the “MiG-29 is a quick jet fighter with very good flight qualities, but every plane has its pros and cons”, Hayde told Denník N.

The joint Slovak-US training is the third this year, and other exercises are planned. Slovak pilots often train with their colleagues from the Czech Republic, the Visegrad Group and Germany, according to the daily.