THE MEETING of Pope Francis and Trnava Archbishop Róbert Bezák, accompanied by Prague Cardinal Miroslav Vlk on April 10 in the Vatican City was of a private nature, the press department of the Conference of Slovak Bishops (KBS) informed TASR on May 18. 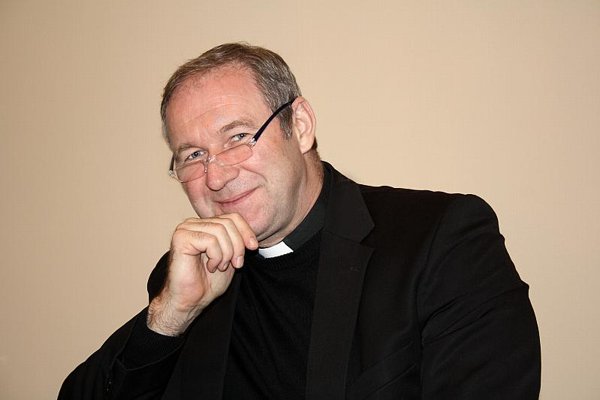 R. Bezák (Source: Courtesy of the Office of the Trnava Archbishop)
Font size:A-|A+0

Pope Francis I received Bezák on April 10. The audience was long wished for by the latter, and supported by his previous meeting with the Pope during a wider general audience at the Vatican, by intervention of Vlk. The April 9 visit by Slovak President Andrej Kiska may have also played a role. 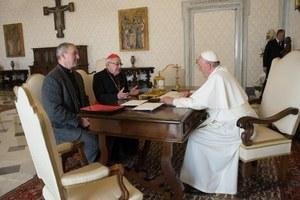 The Secretariat of State (of the Holy See) addressed KBS to clarify media reports.

“The Holy See, woebegone by inaccurate and incorrect interpretations surrounding this meeting, wants to specify that the meeting was solely of a private nature, to show human and Christian love to a fellow-brother bishop without going into previous issues,” states the message from the Secretariat of State.

Bezák was recalled as Trnava Archbishop – very popular with believers across Slovakia – allegedly due to deep investigation into the financial operations of his predecessor Ján Sokol in 2012 by the previous pope, Benedict XVI.

“We stress that the measure taken towards Monsignor Bezák by the Holy Father [then Pope Benedict XVI], was preceded by a thorough examination and objective assessment of all available details,” reads the Secretariat of State statement, “especially those that came up during the apostolic visitation in Trnava Archdiocese on the turn of January and February 2012.”

The Holy See also acknowledges that the measures used in this case are valid throughout the whole Catholic Church, when the notification on the unseating of a bishop’s see does not require a papal decree.

“On the contrary, the practice is that the Holy Father’s decision is conveyed to the concerned person via the Apostolic Nunciature and followed by publication in L'Osservatore Romano [the Vatican City State daily newspaper],” the statement concludes.