TALENTED students from the elementary school on Jilemnického street in Zvolen who won the national competition RoboCup do not have enough money to represent the country at the world competition in China. 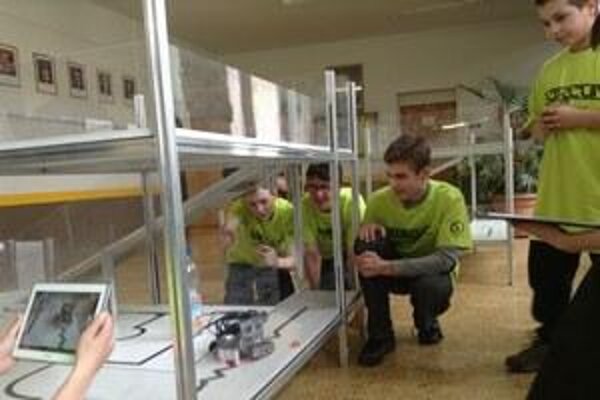 (Source: Courtesy of the elementary school at Jilemnického street in Zvolen)
Font size:A-|A+0

“For some families it is impossible to get €1,500 per child for representation in a short time,” head of the school Ľuboslava Bieliková told the Sme daily. “There are many words about the development of science, but when it comes to real actions, this is the result.”

The Education Ministry cannot finance the journey as it does not officially register the competition. Though it claims it already offered some kind of cooperation to the competition’s organisers, nobody has responded yet.

The RoboCup competition has been organised since 1997. It has already held the international rounds in Germany, Portugal and Brazil. The national round is organised by the Slovak Society of Electronics (SkSE).

“It is understandable that the school cannot pay such a high item as the journey to China is from its own budget,” Dominik Radler, one of the three winning students, told Sme. “It is a representation of the whole Slovakia, so the state might finance it.”

The fact is, however, that the Education Ministry mostly sponsors the competitions of school subjects, so the school cannot expect help in the case of RoboCup. Bieliková, however, stressed for Sme that this is not an ordinary trip of pupils.

In order to raise money, the pupils made a promotional video which is now shared on the internet. The school has already been addressed by IT companies and also individuals, according to Bieliková.