Shame on Frešo; shame on us

There are so many reasons why Karol Mitrík is unsuitable as the new director of the Supreme Audit Office (NKÚ) that this short space will suffice only to scratch the surface. 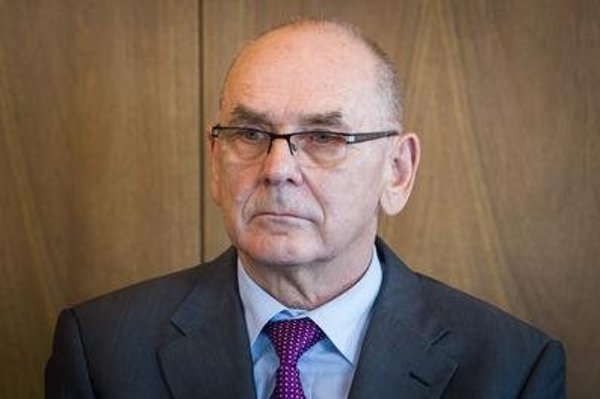 IN A nutshell: the NKÚ is supposed to act as a non-partisan check on government, auditing state contracts and vetting public institutions to expose malfeasance. In practice, it has never fulfilled its important mission. Since 2005 the NKÚ has been led by Ján Jasovský, a communist-era railways bureaucrat who was nominated by Vladimír Mečiar’s discredited and now-defunct HZDS party. Although Jasovský’s term officially ended in 2012, and although the post is supposed to belong to the opposition, for three years the Robert Fico government has cynically blocked the election of a new director by imposing unrealistic conditions. 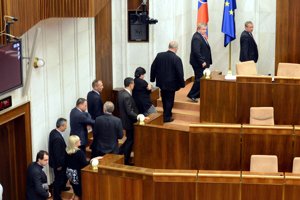 On Wednesday, parliament – with the support of the ruling Smer party – finally elected SDKÚ party nominee Karol Mitrík to take Jasovský’s spot, despite the fact that Mitrík had opposition support only from Slovak Democratic and Christian Union (SDKÚ) leader Pavol Frešo. Despite the fact, moreover, that during his career Mitrík has provided ample evidence that he is unfit to lead any public institution, let alone such an important one.

As the SDKÚ’s regional leader in Košice, Mitrík in 2006 provided a dubious alibi to close friend and party colleague Eugen Čuňo, testifying that Čuňo couldn’t have accepted a €300,000 bribe in Košice in 2002, as a court indictment claimed, because on the day in question Čuňo had been visiting him in Spišská Nová Ves. How did Mitrík remember what he had been doing so long ago? Because he had had a minor traffic accident on that day, Mitrík claimed. The Special Court in Pezinok chose not to believe him, among other reasons because Mitrík had not had the damage repaired until a year later, and sentenced Čuňo to six years in jail (he later went free on appeal).

As SIS director from 2010 to 2012, Mitrík refused to cooperate with Branislav Jendrušák, the main investigator on the infamous Gorilla corruption case. Jendrušák sent three requests for cooperation from SIS, all of which were rejected with various excuses. Nor did Mitrík allow former SIS personnel to be interviewed. Jendrušák eventually abandoned the case in frustration; Mitrík today claims that Jendrušák’s requests for help “did not meet formal legal requirements”. As to why he didn’t try to have these vexing barriers removed, Mitrík said that “I didn’t see any reason to take such steps”.

One of the steps that was taken under Mitrík at SIS was to make Roman Osuský head of the important fifth section of counter-intelligence (responsible for monitoring organised crime and economic criminality). Organised crime and police sources questioned the move, claiming that Osuský had uncomfortably close ties to the Takáč organised crime group, among others as co-owner of the Peber security company from 2004 to 2009. Osuský denied that Peber was a Takáč-controlled company. But in March 2013, appearing before the local council in Ružomberok, Takáč gang boss Ľubomír Kudlička “stressed that Peber was his company”.

The list doesn’t end there, unfortunately. But perhaps the most regrettable aspect of this cynical nomination is that MPs had a candidate before them who could have finally transformed the NKÚ into an effective watchdog – special prosecutor Maroš Žilinka, a driven, unblemished professional. Instead we got an aging political lapdog whose main claim to fame is having blocked the investigation of this country’s most traumatizing corruption scandal because he “didn’t see a reason” to cooperate.

Shame on Pavol Frešo, who has buried the SDKÚ under this ignominious gravestone. And shame on the rest of us, who continue to elect such unprincipled scoundrels.