Jobless rate down to 11.68 percent in April

THE UNEMPLOYMENT rate in Slovakia fell to 11.68 percent in April, a drop of 0.38 percentage points month-on-month and of 1.28 p.p. year-on-year, Labour, Social Affairs and the Family Centre (ÚPSVaR) Director Marián Valentovič and Labour Minister Jan Richter announced at a press conference on May 20. 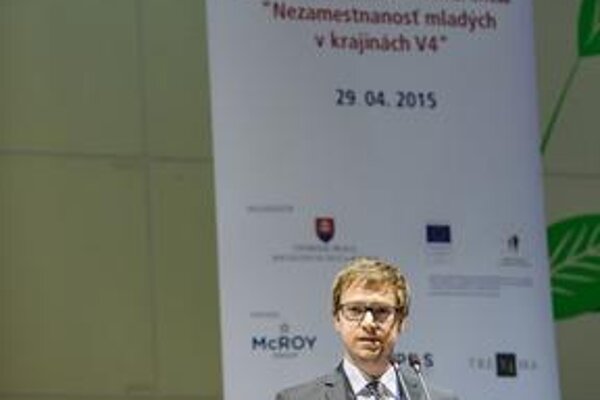 “I'm happy to announce that the unemployment rate in April was 11.68 percent, which means that we've fallen below the 12-percent threshold,” said Prime Minister Robert Fico who also attended the conference.

Nevertheless, the government wants to squeeze the jobless rate further to the eurozone average which currently stands at 11.3 percent, said Fico. He added that they expect to achieve this over the course of this year, while there are even qualified prognoses from the central bank (NBS) and other bodies that the unemployment rate may fall under 11 percent next year.

The state plans to aid people willing to move to get job. Each jobseeker from a region with high jobless rate, willing to find a long-term job at least 70 kilometres from his or her residence will be entitled to a financial contribution from the state. The state will refund such a person 80 percent of the housing cost for the course of six months, up to €250 maximum, Labour Ministry State Secretary Branislav Ondruš said, as quoted by the Pravda daily.

This step is part of the now prepared amendment to the law on employment services, expected to be approved by government in June, passed in parliament in September, to become effective as of January 2016.