Slovak mothers have more difficulties when returning to work

MATERNAL and parental leave in Slovakia are both longer than in other countries of the European Union (EU). 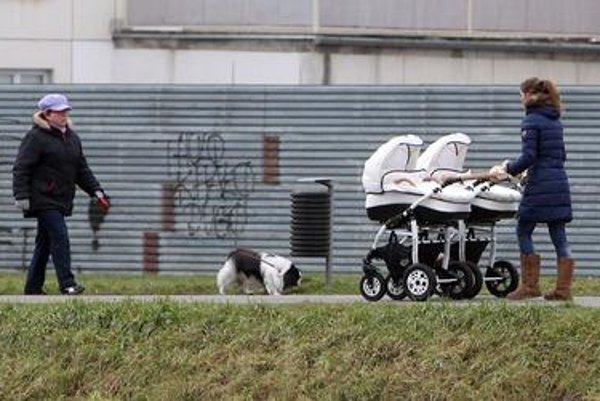 This is good for children, but it makes it harder for local mothers to return to their job after a longer break.

In Norway, the maternal leave is nine weeks, in Germany 14 – while in Slovakia, it lasts for 34 weeks. Slovak women then usually opt for parental leave which lasts until the child turns three.

“This process has been usual for Slovak mothers and is traditional since the times of Czechoslovakia,” McROY Slovakia manager for the regions of Nitra and Trnava, Zita Hajdušková, told the TASR newswire. “Thus, it is not unusual that a mother of several children returns to her job after 6 years.”

Abroad, it is common that the time a parent can spend at home with a child is much shorter: In the Netherlands it is only maternal leave that is supported, in Belgium the parental leave is three months and in Portugal four. Thus, Slovak women have a more difficult task, as they may lose their working habits during time spent at home.

On the other hand, Slovakia also lacks part-time jobs that would enable women to earn some extra money when staying at home with a child, and also enable them a smoother return to full-time employment, according to Hajdušková.

“For example, most companies in the Netherlands offer part-time jobs, while in Slovakia it is rather exceptional,” she said. “Thus, it is good if the woman on parental leave does not lose contact with her employer totally which can help her with returning to work.”

In the years she is out of the company, many changes can occur, in staff, processes, organisation and strategies; thus, “the woman can suddenly face an environment she does not know and which feels strange”. Moreover, companies commonly hire someone to replace her during the parental leave, and as this person is well acquainted with the current situation on the workplace, he or she sometimes gets the original job of the mother.

Thus, it is advisable not to lose contact with the company completely, and to communicate with the employer before she returns to work, to discuss the changes and her prospective job, Hajdušková concluded. An employer is obliged to keep a job for people returning from parental leave, but it need not necessarily be the same position as before.