Survey: Slovakia’s education sector is at a standstill

MORE than half of people believe that Slovakia’s education sector is at a standstill, while one-third think it is heading in the wrong direction, according to a survey that TNS Slovakia conducted for a campaign entitled We Want to Know More about Education in Slovakia. Results were unveiled May 21, the TASR newswire reported. 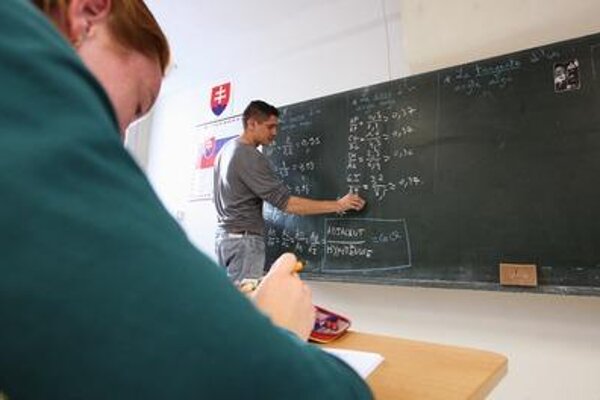 A mere 8 percent of the 1,000 people asked think that the sector is progressing. The poll, which was conducted at the turn of April and May and focused on teaching at primary schools, revealed that the public wants change across all categories under review, said campaign team member Peter Dráľ.

“Measures that have been adopted so far have focused on improving school buildings or prescribing rules, but people are increasingly interested in what’s actually going on at schools, how lessons are taught,” said Dráľ, as quoted by TASR.

The poll also showed that more than 60 percent of the respondents think that curricula have become more difficult. What has not changed, however, is the quality of teachers, pupils’ results and cooperation with parents. By contrast, some there has been improvement in relations between teachers and pupils, respondents said.

“Parents realise that we no longer pull pupils’ hair or spank them with a cane, that we no longer force them to eat their lunch in silence and walk in circles during the big break [roughly halfway through the school day - ed. note], although there are still schools that do so,” said Zuzana Zimenová from the campaign team, as quoted by TASR.

The most oft-repeated requirement (from 83 percent) was a good atmosphere in schools so that kids will be happy about going there. Other priorities were a better attitude from teachers, better equipment and more teamwork among pupils at schools.