IT resembles praying mantis but this insect was a cockroach. A creature imprisoned in amber which lived approximately 100 million years ago was recently discovered the daily Sme reported May 22. 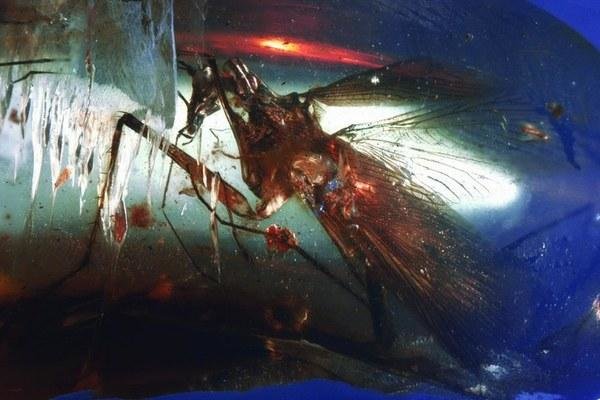 Scientists found in resin of old tree insect which belongs among cockroaches however the unique adaptations such as strongly elongated extremities and freely movable head on a long neck suggest that these animals would pursuit predators. His biggest enemy were probably flying dinosaurs, the online version of Sme reported.

Slovak scientist Peter Vršanský of Geological Institute with the Slovak Academy of Sciences (SAV) was part of the team which published the new discovery in Geologica Carpathica scientific magazine.

“It is one of the most interesting paleontological discoveries of last years,” said Vršanský, as quoted by Sme. “Moreover it is preserved in most beautiful piece of stone which I’ve ever seen.”

The German scientist Ziggi Ellenberger found the piece of amber in Burma and sent it to  Günter Bechly of The State Museum of Natural History Stuttgart. The predator was named Manipulator modificaputis.