IN MID May, the season of competitions in a traditional but outdated skill, scything, was opened by the Drahovská kosa (Meaning Drahovce Scythe) event. 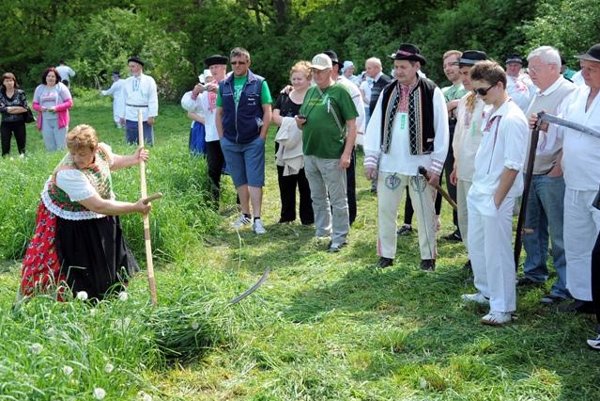 On a meadow between the municipalities of Drahovce and Madunice (in the Piešťany district), 45 scythers competed in four categories on May 10. The youngest contestant was 10, the oldest over 80 years old. The female category was won by Emília Šaligová of Hruštín, the male category had two winners: Marcle Kurian of Poproč and Ján Štajer of Hruštín.

The jury evaluated not only the time but also the quality of the work. 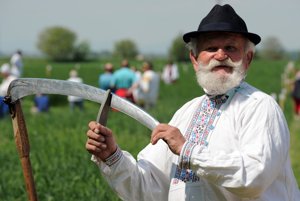 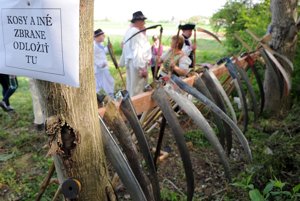 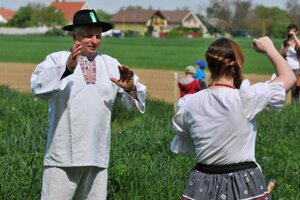 Drahovce has been organising this competition since 2012, and this year, the village participated actively, also helping the organisers financially, Elder of the Slovak Scythers’ Association, Miroslav Ledecký, told the TASR newswire. A good scyther needs about one minute to scythe 50 square metres of grassy vegetation, he added. Members of the association claim the work with scythes has been expanding recently, although hand mowing is on the decline.

It is interesting to note that ever more young people are attracted – the youngest start scything aged four-five years; and the oldest scythers are over ninety and still actively competing.

The first scything contest in Europe took place, according to available data, in 1830 on the big meadow of the Muráň plain where two groups of scythers met. Hand scything as an individual competition discipline became widespread in Europe in the first half of the 20th century.

The first record of a scything competition in Slovakia dates back to 1977: Then, a group of enthusiasts from Brezno organised a competition on the Banisko meadow. In a TV report, however, also part of the nearby barracks was broadcast, and this was perceived as disclosing classified military information, and the event was deemed undesirable, as it might have weakened the defence capabilities of the then communist Czechoslovakia.

Upcoming years of the event were banned. Scythers, however, were astute and asked the Socialist Union of Youth to be their organising partner and guarantor, together with the Unified Farming Cooperative. Since the 1980s, the scything competitions in this region, Horehronie, continued. The traditional confrontations between scythers from Pohorelá and Terchová became one of the most famous.