WORLD music may not be the most-mainstream genre in Slovakia but folklore has strong roots here and many top local musicians were either directly inspired by it, or have played with it, making a more modern fusion of the classics with up-to-date trends and even foreign influences. 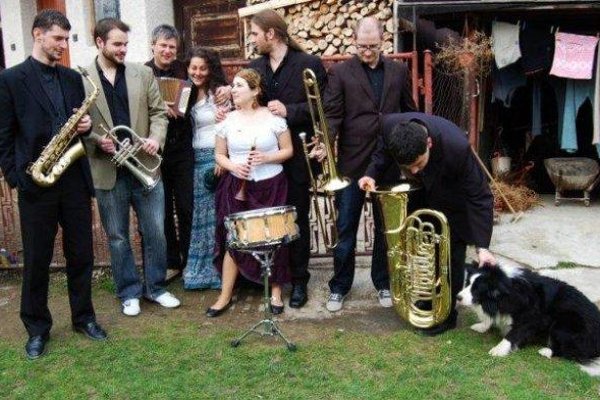 The project called World Music from Slovakia tries to make the crème de la crème of Slovak personalities in this genre more visible for the outside world. The second edition, through a concert on May 26, brings PaCoRa Trio, the well-established big ensemble SĽUK and the “Balkanised” Slovak band Balkansambel.

Since its establishment, the PaCoRa Trio (Stanislav Palúch on violin, Marcel Comendant on cymbalom, Róbert Ragan on double bass) has merged jazz, folk, classical music and other genres, including e.g. early music. Their first album already got the attention and interest of many, including a positive evaluation by the BBC Music Magazine in June 2006.

The recent project Ornamenty /Ornaments combines, in an original way, Slovak folklore with jazz, classical music and ethnic music of the Carpathian region. Collaboration with Marek Pastírik (head of the Balkansambel troupe) and SĽUK resulted in a multi-cultural musical work and a unique joint project.

Marek Pastírik (sax, du-duk, kaval, bagpipe, taragot) leads the Balkansambel band which combines Slovak and Balkan traditions in quite a non-traditional (and funny) way, inviting listeners to dance and rejoice.

The concert combining all these trends of Slovak world music takes place on May 26 at 19:30 in Ateliér Babylon in downtown Bratislava. The whole project (consisting of several parts) has been organised by the Amity civic association.