Parliament: Archaeological findings at Bratislava Castle will be preserved

ARCHAEOLOGICAL finds at the Bratislava Castle will be preserved and protected, while the planned garages for which parliament has faced criticism from both experts and the general public will be built on the site as well; but in a manner that will not endanger historical artefacts. 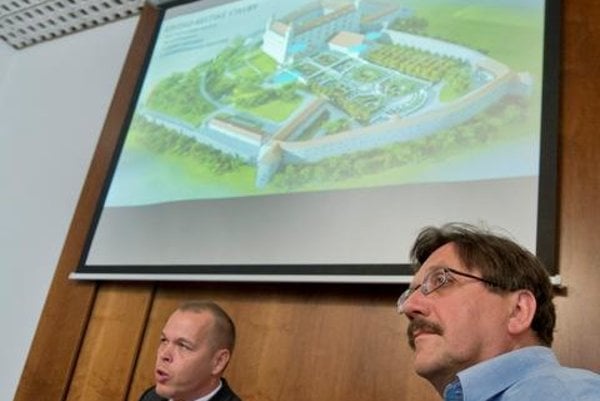 Changes presented by Parliament Office head Daniel Guspan and architect Ivan Masár on May 22 are designed to preserve the finds. According to Guspán, the measures are the result of talks with experts and the public and the way in which parliament has accommodated the criticism. They are likely to be approved also by the Regional Monuments Board Office, which is expected to release a binding resolution to ensure that the finds will be displayed.

“Our priority has always been and will be to preserve finds discovered on the northern terrace of the castle,” Guspan said, as quoted by the TASR newswire. “I’m glad that along with experts we’ve found a solution.” He added that the solution will not hinder the Bratislava Castle reconstruction project.

Changes will concern the winter riding school and northwest bastion, where a sheltering structure will be built. “We want all findings and artefacts to be displayed in a dignified manner that will correspond to their value,” Guspan stressed.

Guspan explained, as quoted by the SITA newswire, that the finding under the winter riding school and the one at the north-western bastion will be covered by earth. In part of the winter riding school under which there are walled constructions from ancient times, there will be a floor that can be raised – when it goes up, visitors will see under their feet the entire archaeological find. Also the space at the north-western bastion will be covered more than originally planned to roof the find there, but it will remain open to the public.