SLOVAKIA fully supports the enlargement of the European Union, Slovak President Andrej Kiska said at the Eastern Partnership and EU summit in Riga, Latvia. He added that the vision of possible EU membership is “crucial from the point of view of implementing reforms in the due countries”. 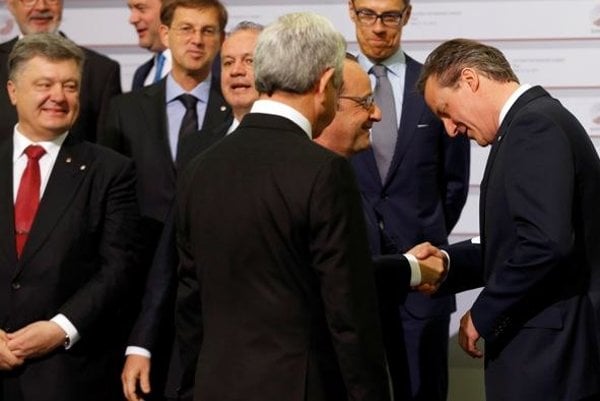 “Almost all of us agreed that it is important for the EU to preserve unity,” Kiska said after the summit (which took place on May 21 and 22), as quoted by the SITA newswire. “A widely discussed issue was that the cooperation with the Eastern Partnership countries (Armenia, Azerbaijan, Belarus, Georgia, Moldova and Ukraine) must be based on free choice and in no case is it directed against any country.” Kiska is convinced that the countries interested in entering the EU (Ukraine, Moldova and Georgia) should get the same chance as Slovakia.

The Slovak president further said, as quoted by the TASR newswire, that reforms bring along also many problems for people, and without the prospect of EU membership, they are harder to push through. “For the countries which are interested in this, it is important to show that Slovakia fully supports EU enlargement,” he summed up.

From now on, the Eastern Partnership will not be as much about visible steps, like in the past, but rather about serious collaboration in many spheres that will help both sides progress, Slovak Foreign and European Affairs Minister Miroslav Lajčák – who accompanied Kiska at the summit – said. The cooperation implies also fulfilling the association agreements and treaties on free trade signed last year, he added.

In Riga, the first summit of the EU with six Eastern Partnership countries took place since Georgia, Moldova and Ukraine signed the association treaties. The summit confirmed the EU’s commitment to collaborate with eastern partners. At the end of the summit, all participants adopted a Joint Declaration; Belarus and Azerbaijan had reservations, however. The summit also failed to unify the view of EU member states regarding closer European integration of the three above-mentioned countries. The next summit is slated for 2017, with the venue not yet agreed upon.