THE TRADE union at the PSA Peugeot Citroen plant in Trnava announced May 22 that it was going into strike alert as of noon on the same day following the failure of a mediator from the Labour, Social Affairs and the Family Ministry to arrange an agreement with the employer on collective bargaining. 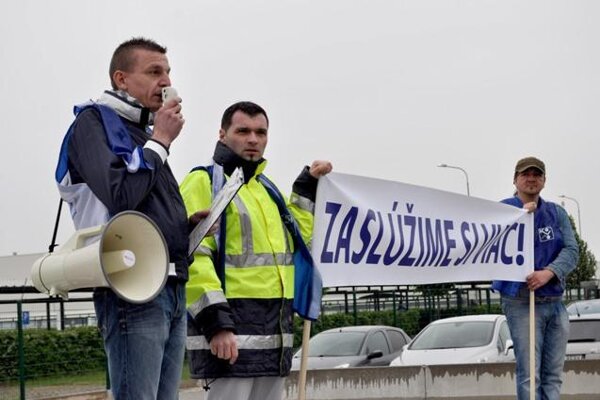 “We’re also beginning to collect signatures in order to announce a full-fledged strike,” trade union vice-chairman Marek Vitek told the TASR newswire. “We need at least 50 percent of core employees plus one person to provide their opinion, while we also need the support of the majority of this number.”

With more than 2,700 employees at the plant, Vitek expects that the trade union will manage to collect the required number of signatures within around three weeks.

The collective bargaining process failed on the union’s demand of a fixed salary increase, while the carmaker offered only one-off bonuses that did not reach the amount required by the trade union. The talks have not resulted in an agreement yet, even though the car producer has presented several compromises, PSA Peugeot Citroen Slovakia spokesman Peter Švec told TASR.

“Despite continuing financial losses for the PSA Group in the past three years, a special bonus amounting to €400 was proposed for 2015, along with a salary increase of €27 [per month] in 2016, which is an additional 4.2 percent on the salaries of production workers earning the lowest salaries, and a special bonus of €200,” Švec said.

The employer also proposed that it would introduce new bonuses for time flexibility. The trade union rejected these proposals, however, according to Švec.