WHILE courts decided over the restructuring plan of Váhostav-SK, an ill-fated construction company owing millions of euros to its creditors and on the brink of bankruptcy, by the deadline of May 22, the verdict will be revealed only after it is published in the business bulletin in compliance with legislation on bankruptcy and restructuring. 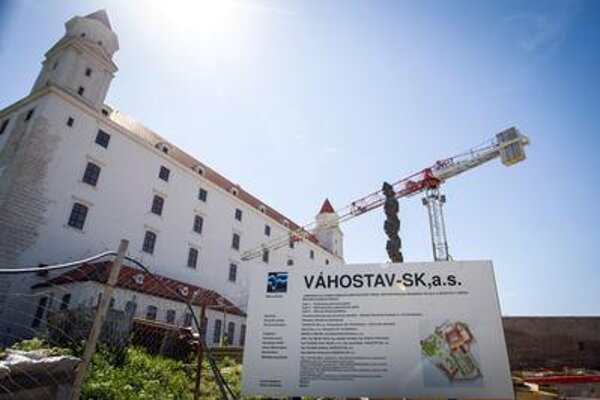 But based on information of the Denník N the restructuring plan was greenlighted.

The judge Katarína Bartalská, who decided over the case, did not provide any further details regarding her decision, however.

“The court won’t provide any statements on the ruling until the decision has been published in the Slovak Business Bulletin,” said Pavol Adamčiak, spokesperson of the Bratislava Regional Court as cited by the TASR newswire. “The court won’t comment on any other published information concerning this decision, either.”

Denník N reported earlier on Monday, citing two unnamed sources close to judicial bodies, that Bartalská approved Váhostav-SK’s restructuring plan. This way the company could be able to continue in its business and avoid liquidation and sale.

Based on the modified restructuring plan creditors of Váhostav-SK, a company with ties to oligarch Juraj Široký, an alleged sponsor of Prime Minister Robert Fico's ruling Smer party, approved on April 30, that banks should get back 85 percent of their claims in the next five years, while small unsecured creditors will obtain 18.75 percent. Originally banks should have gotten 100 percent and small creditors 15 percent. This means that during the restructuring process Váhostav-SK will settle 32.3 percent of recognised claims of €136 million. The Robert Fico government has also offered to buy claims of small creditors and pay them 50 percent of their nominal value.