A BIT surprisingly the football club AS Trenčín owned by the former professional footballer, Dutch Tscheu La Ling, has won the national league, breaking up the six-year dominance of Slovan and Žilina, the two strongest and wealthiest clubs in the country. 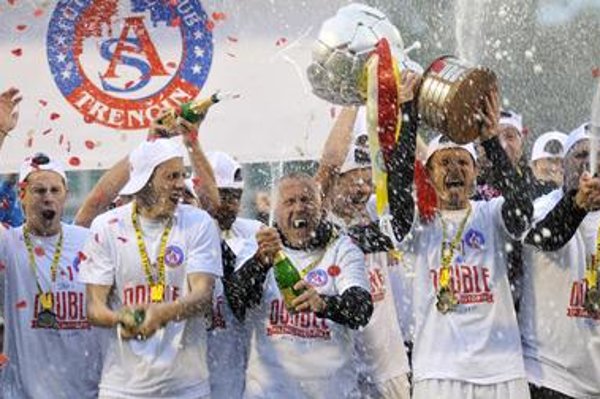 “I have already won some times during my career – with Ajax and Panathinaikos Athens, but this is very special,” said La Ling as cited by the Sme daily. “When you are a player, you think only about how to win the prize. But as a member of the organisation or as the owner you are realising that you have to achieve this with the whole staff, people from the office, sponsors, players. Thus it gives you even a bigger feeling of satisfaction.”

AS Trenčín won the league even though they lost against MŠK Žilina 0:1 on May 23 and gained the new trophy of the Fortuna league, the top football competition in Slovakia, called the Essence of Game. Earlier this year AS Trenčín also won the national cup, Slovnaft Cup.

When La Ling came to Slovakia eight years ago, he wanted to buy the old Tatra hotel. In the end instead of the hotel he invested in soccer.

“You know, if a man wants to be successful, he must invest into something and then the result will come,” said La Ling. “It’s impossible to reorganise a soccer club during one season; it lasts some years. This is not a result of one season but seven-year work.”

As a player, La Ling won the title with Ajax four times.

“I told to the players that I’m very proud of them,” said La Ling, adding that he criticised them when they were not playing well. “In the end they’ve managed it. And this is not the end, only a new beginning.”

The next plan of La Ling is to build a new stadium in Trenčín to replace the old obsolete one. Its capacity should be 8,000.

“We will build a stadium,” said La Ling. “We will start already next year. We have done all necessary steps.”