THE INVESTMENT group Penta will become the sole owner of the private health insurer Dôvera. 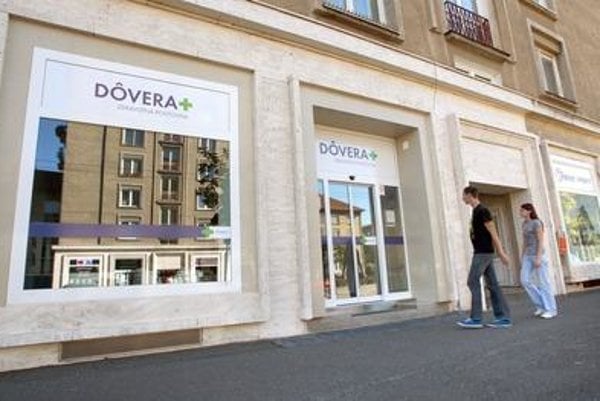 It announced its plan to buy the remaining 50-percent share from Cypriot shell company Prefto Holdings Limited via its company HICEE, reportedly for €200 million. The purchase still needs to get approval from the Antimonopoly Office and the Health Care Supervision Authority, the Sme daily reported.

Prefto Holdings Limited leaves Dôvera at a time when media outlets connect it with the restructuring of the construction company Váhostav.

Penta announced in 2012 it wanted to take over control of 100-percent ownership of Dôvera. However, it failed to strike a deal with Prefto and eased up its effort after the Robert Fico government postponed the plan of introducing one health insurer. This was allegedly the reason why it wanted to buy the stocks from Prefto. While Penta did not want to give up and sell Dôvera to the government, the Cypriot firm had a different opinion, Sme wrote.

It was clear already in early May that the ownership structure in Dôvera would change. The five-member supervisory board was reduced to only three members, with two representatives of Prefto, Daniel Futej and Branislav Mikulay, leaving it, according to Sme. Bratislava-based lawyer Futej said that he controls this Cypriot company and via it also a 50-percent share in Dôvera. The media outlets have already speculated that the share is in fact owned by the group of businesspeople linked to tycoon Juraj Široký, the daily wrote.

Penta’s partner Eduard Maták has, however, rejected such connection.

“We have never been consulting with Mr Široký or anybody else from his surrounding,” Maták told Sme. He also says that Futej acted on his own during negotiations.

The name of Futej is connected also with other shell firms which lent money to Váhostav and did not ask for any guarantees.

“The fact that we made a deal with Penta only now, when the media inform about the connection between Mr Futej and the Váhostav case, is only negative coincidence, but it certainly did not start the whole process,” Maták added.

During five years in Dôvera, Prefto received about €195 million via dividends, with another €150 million from the profit accumulated after Dôvera merged with health insurer Apollo in 2009. It did not tax this profit, as the law did not require it at the time, Sme wrote.