Police refusal to investigate state-sanctioned killing is further proof that we are not all equal before the law. 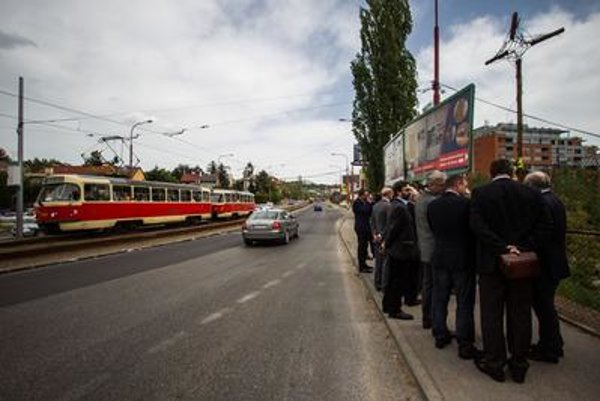 POLICE president Tibor Gašpar has said that the 1996 murder of ex-policeman Róbert Remiáš will not be investigated due to the amnesties Vladimír Mečiar issued in the Michal Kováč Jr kidnapping case. That these amnesties are in fact no legal barrier to prosecuting the Remiáš case must be obvious to us all: a pardon issued for a single kidnapping does not give the kidnappers and their gangster accomplices a license to murder thereafter. Or are we meant to understand that kidnappee Kováč Jr., who also received an amnesty in the Technopol fraud case from Kováč Sr., had free rein to go kill his accusers on the strength of his father’s clemency?

That Gašpar can get away with such an absurd argument – and that the rest of the country doesn’t laugh him out of office – shows just how inured we have become to seeing high-level crimes go unpunished. As it was in 1995, so it goes today; to quote Daniel Lipšic who said back then that "there here has always been an agreement between higher powers that none of them would go behind bars". As a result, the little we do know about this country’s sordid past derives entirely from the necessarily flawed work of journalists, rather than the impartial and evidence-based verdicts of our courts.

That Gašpar should be shielding Remiáš’ killers today is all the more galling since the presumed architect of the crime, senior Mečiar-era SIS officer Jaroslav Svěchota, has been dead over 10 years, while gangland figures like Mikuláš Černák have signalled a willingness to talk (or in the case of the Sýkorovci are actually lining up to spill the beans). All that is lacking is the political will, but that, unfortunately, is still determined by oligarchs close to Smer like Jozef Brhel, Juraj Široký or Miroslav Výboh, who got their start in the Mečiar years. And to whom justice for all is a risible affectation compared to their own wealth and priviledge.

And yet, as Slovakia approaches 25 years of independence, the question has to be asked – how long can this politically-imposed embargo be allowed to last? We accept that one government’s crimes are not investigated until a new regime takes power; such is the cost of allowing parliament to select top prosecutors and judges, or of allowing interior ministers to fill the police presidium with yes-men. But if a political cover-up of an odious crime that shook the state is allowed to stand for 20 years – that tells us the ad-hoc “agreement” Lipšic mentioned has become part of an unholy, unwritten Constitution that straightjackets our justice system and prevents our society from healing.