Suchodolinský says key witnesses were not interrogated in VSS case

FORMER deputy director of the Military Intelligence Service (VSS) Vladimír Suchodolinský, former VSS officer Ivan Macko and former Defence Minister Ľubomír Galko (SaS) will contact the prosecutor‘s office as they do not like the way the investigator handled the case of alleged embezzlement of VSS. 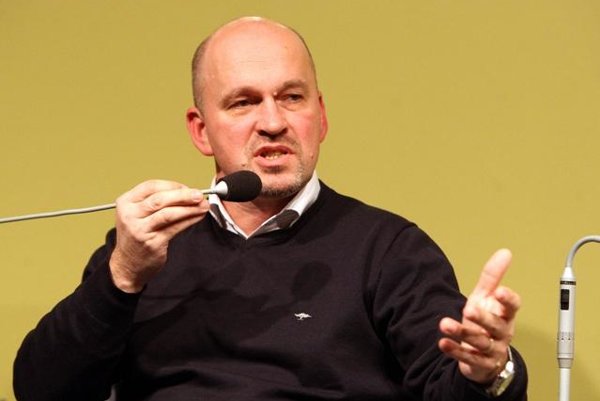 The case was concluded in February, and it was deemed that what happened was not a criminal act – and they also say that key witnesses were not heard, the three announced at a press conference on May 26. 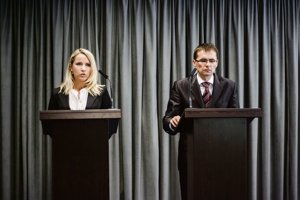 Suchodolinský, who was in the position of VSS Deputy during Iveta Radičová‘s rightist government (2010-2012), opened the case about the alleged VSS tunnelling taking place during Robert Fico’s first government (2006-10). The three demand the prosecutor looks into the investigative procedure and conclusions. Suchodolinský argues that in a report he had written informing about the case, he gathered evidence which the investigation did not take into consideration, as well as not concerning interrogation of key witnesses, who were specified in the report.

He announced he had met a witness recently who was ordered by then VSS deputy director Ľubomír Benkovský to produce a fraud report about damage to a VSS cabin in Záhorie region, which was supposedly damaged by a fallen tree, but that did not happen. The cabin was subsequently sold for half price to a person related with Benkovský.

“This witness ... confirmed he never was at a hearing by the National Criminal Agency [NAKA],” said Suchodolinský, as quoted by the TASR newswire. As another example he said there is a VSS-owned house worth €186,000 in Vinohrady (Bratislava borough) now owned by Benkovský.

The former deputy director of VSS therefore says the investigation is not sui iuris during this government. “The biggest problem is there’s no supervision of intelligence services,” he said. “The current Military Intelligence Service has a much higher budget than the Slovak Intelligence Service. This begs the question, what is the money being spent on. I’m afraid they are proceeding in the same way as between the years 2006 and 2010.”

He also called upon the media to look into the properties of the office holders, for example, current VSS chief Ľubomír Skuhra, former VSS chief Juraj Šebo and his deputy Benkovský.

Former VSS officer Ivan Macko says the investigation obviously was not ordered to look into the case in detail. “I had to ask for a hearing myself. He [the investigator] didn’t know what to do, what to ask,” said Macko, adding they were not aware of any conclusions by now. Macko was ordered by VSS chief Roman Mikulec, in the time of Radičová’s government, to look into money flow worth €1.5 million for something the chief was not aware of. “But then there were political changes, replacing Mikulec and now being pursued because he dared to address this problem. We want to help him and put this to an end,” declared Macko.

Galko asked the media to publish Suchodolinský’s report on the embezzlement, which was described by the current defence minister as a “school essay”. Galko also pointed to the fact that the investigator in this case was also the same person who proposed to prosecute Hedviga Malinova Žáková, stopped the surplus carbon emissions case involving Interblue Group and called for the prosecution of Roman Mikulec over defamation. Mikulec has been absolved by the court already.

The Defence Ministry does not comment on the investigation’s results, the Sme daily wrote.