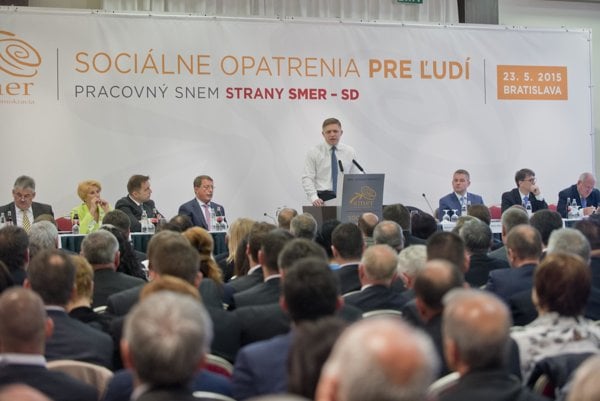 THE GOVERNMENT of Prime Minister Robert Fico claims it wants to share its public finance management and the successes of Slovakia’s economy with Slovak citizens.  To do so, it has unveiled the second package of social measures, this one with a price tag of €200 million.

The proposed reduction of VAT to 10 percent on some foodstuffs can be considered a flagship measure, while other measures will address families with children. The government also plans to introduce a system of assistance and support for regions with high unemployment while other measures are focused on energy efficiency. Economists and the opposition praise some of the measures, but they would prefer better targeting of the measures, and investments towards the future development of the country.

People’s anticipation, according to Fico, is enormous and it is the duty of his government to bring measures reflecting the favourable development of Slovakia’s economy. Governing cannot be only about revitalisation of public finances, he noted.

“Nobody has eaten [their] fill from the numbers yet,” said Fico as quoted by the SITA newswire. “People need to feel good economic indicators. The state has to share the results with citizens.”

Fico recalled that the general government deficit has decreased below 3 percent of gross domestic product to 2.89 percent and that the first and second packages have been and will be financed exclusively from better collection of taxes and the fight against tax avoidance and evasion.

Analysts, while praising some planned measures, opine that measures should have the form of systemic and well-targeted measures and investments that will create returns in the future.

“The package contains some small measures targeted at vulnerable groups of citizens and increase the quality and availability of public services,” Peter Goliaš, analyst with the think thank INEKO told The Slovak Spectator. “On the other hand, there are several ineffective proposals that will swallow up most of the costs.”

Goliaš specified that the lower VAT rate also helps wealthy people and the steep increase in the minimum wage increases the barrier for employment of people with low qualifications.

“The cabinet could rather use existing social benefits to help the poor, or continue in extending payroll tax reductions for people with low incomes,” said Goliaš. 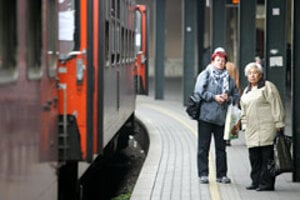 Furthermore a negative feature is that such social packages are postponing recovery of public finances, according to Goliaš.

“Already now there are risks that the government will fail to keep the planned general government deficit and the term for reaching a balanced state budget will move [back] several years,” said Goliaš. “The government should instead have used the current favourable development of the economy for faster reduction of the public finance debt and not for handing out money to potential voters.”

Richard Ďurana, director of the Institute of Economic and Social Studies (INESS), a think tank, agrees that the second package is a giveaway deal, and with the exception of the reduced VAT does not actually bring any long-term and systemic positive changes.

“The package does not address at all support for employment even though it is exactly the high unemployment mostly in poorer regions that hits people on whom the package should be focused,” said Ďurana. “Contrary to this, the package contains an increase in the minimum wage, which is already today higher in, for example, Rimavská Sobota than Prague.”

According to Ďurana, this way the government would prevent even more people with less education from getting a job and “this cannot be compensated with any special programmes of assistance for poor regions” that are also announced within this package.

Vladimír Baláž from the Institute for Forecasting of the Slovak Academy of Sciences sees the package as focused on Smer’s voters from the middle and lower social classes.

“I’m not against the package as it is; I agree with some measures, but as a whole I see that these are only expenditures which in most cases will not bring any economic benefits,” said Baláž, as quoted by the TASR newswire, believing that the measures should have ‘more investment character’.

Ďurana also questions the social character of some measures, when he sees a financial contribution for skiing courses as a purely luxurious consumption that the cabinet should not carry out at all.

He points out that after such packages are introduced, discussion usually focuses on the impacts of the measures themselves, while it should focus on alternative usage of public funds allocated for coverage of such packages.

“We believe that €200 million would be better and more socially used, for example, for a more intensive reduction in the burden of payroll taxes on low wages in order that more work places are created for low-qualified or long-term unemployed job applicants,” Ďurana told The Slovak Spectator, adding that they may also be used for “reduction of corporate taxes in order that we attract new investors and increase the competitiveness of Slovakia, which in terms of these indicators hangs on the tail of central European countries or reduction of the general government deficit.”

The most expensive measure of the second package will be the reduction of value added tax (VAT) on selected basic foodstuffs from the current 20 percent to 10 percent. It will cost the state €100 million in lost revenue, and measures are alos proposed to monitor whether the reduction is reflected in final prices.

“The reduction of VAT by 10 percentage points is a positively brutal measure, because it is not a reduction by 1 percent,” said Fico, adding that reduction of VAT to 19 percent would have no importance because he would not see it in food prices. “I think that the 10-percent reduction will be visible.”

Baláž of SAV questions whether this measure will be fully reflected in a reduction in food prices, but notes that it will certainly depress state revenues.

“It will depend on what a margin merchants have on individual foodstuffs,” said Baláž, as quoted by TASR.

The government plans to reduce VAT on basic foodstuffs like milk, bread, meat and others.

“PKS appraises that the long-term requirement of our chamber for reduction of VAT on at least selected categories of foods was accepted,” Jarmila Halgašová, PKS executive director, told TASR. “We welcome that the reduction of prices by merchants should be monitored.”

PKS believes that the reduced VAT would distract Slovaks from cross-border shopping, with SPPK adding that Slovakia’s flat VAT of 20 percent is one of the highest in Europe. In Hungary VAT on groceries is 18 percent, in the Czech Republic 15 percent, in Austria 10 percent and in Poland 5 percent.

In terms of measures addressing families with children, Baláž said that Slovakia needs a policy benefiting families, as the birth rate in Slovakia is very low.

“The question is whether exactly these measures would increase the birth rate; I do not think so,” said Baláž, adding that some small apartments in which young people can start their living away from parents would help them the most.

In an effort to bolster the support for families and regions grappling with an unemployment rate topping 20 percent, the government will also usher in a system of assistance benefits, among others; public and private investments; the building of infrastructure; and employment support.

Michal Páleník of the Employment Institute recalled that the number of the unemployed in districts like Rimavská Sobota or Revúca has not changed over the last three years.

“The cabinet did not care a bit about these regions; if it did something there, it had no effect,” said Páleník, as cited by TASR. “I firmly believe that finally something started to be done in these regions.”

VAT-less invoicing between construction companies when the last company in the invoicing chain will be the VAT payer was welcomed in the construction sector. This measure should help companies to avoid the situation of a company, which has not yet received payment from another company, having to pay VAT pertaining to this deal or contract.

Fico introduced his government’s first social package, comprising 15 measures, in 2014. Its cost was estimated at €250 million. Out of this, Fico claims that 12 measures have been fulfilled. These include free or discounted rail transport for selected groups of citizens, an increase in the minimum wage, the introduction of the institute of the minimum pension, reduction of payroll taxes for working students and people with low incomes, tax relief for research and development, an increase in the Christmas bonus for pensioners and other measures in taxes and social benefits.

“The package is successful,” said Fico, as quoted by SITA. “We have carried out 12 of 15 measures and nothing stands in the way to carry out also the remaining three.”

The remaining three, so-far unfulfilled measures are reduction of natural gas prices for households by a two digit figure over two years, support for start-ups and payment of VAT only after the taxpayer gets its invoice settled.

By the end of its term the Fico government wants to prepare the third package, to be unveiled in early 2016. This will be just months before the parliamentary elections and it should be fatter, with a price tag of about €400 million. One already announced measure is a comprehensive solution of bus and rail transport.

1.    VAT reduction applicable to selected basic foodstuffs such as meat, milk and bread to 10 percent as of next year
2.    Increase in the minimum wage, currently at €380, close to €400
3.    Introduction of a system of assistance and support for regions grappling with an unemployment rate above 20 percent
4.    Reduction of co-financing of medicaments for children and pensioners
5.    The state’s allowance towards childcare for the parents of children up to three years of age is to be raised from €230 to €280
6.    The maternity allowance is to be raised from 65 percent of a parent’s income to 70 percent
7.    Extension of capacities of kindergartens
8.    Financial contributions for school stays in nature and skiing courses by pupils and students
9.    Subsidised holidays for low-income families in state-owned accommodation facilities
10.    Building of elementary schools in localities with insufficient school capacities
11.    Refurbishment of state hospitals’ entrances
12.    Subsidy towards heating insulation of people’s homes
13.    Financial contribution for environmentally-friendly energy resources of households
14.    A cheap bank account for everybody
15.    VAT-less invoicing between construction companies when the last company in the invoicing chain will be the VAT payer