Váhostav lives to trade on

A COURT has approved the restructuring plan of Váhostav-SK, the construction firm which owes millions of euros to creditors and was on the brink of bankruptcy. 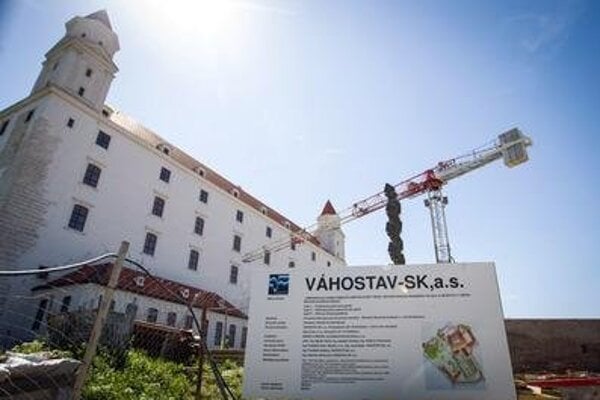 This means that the company can continue to trade, but the court’s verdict has not removed doubts about the company’s ties to oligarch Juraj Široký, an alleged sponsor of the ruling Smer party, and the murky businesses behind it.

“The court’s decision demonstrates that there are no legal reasons for challenging the restructuring process,” said Marián Moravčík, Váhostav-SK’s general director, as quoted by the TASR newswire. “The company can therefore carry out the plan that was recently approved by creditors.”

The approval of the restructuring plan means that the company, which employs about 1,500 people, gets more time to settle its debts, can continue its business and compete for new state highway tenders. Otherwise it would go bankrupt, its assets would be sold and the resulting proceeds would be used to settle its debts. 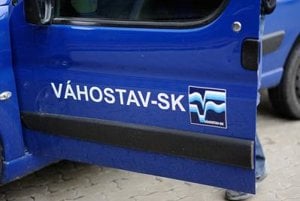 The adoption of the restructuring plan was accompanied by suspicions that shell companies close to Široký are among the ordinary creditors. Creditors with close ties to the company asking for restructuring should be listed in the group of affiliated creditors with a lower entitlement for settlement of their debts.

According to Zuzana Wienk from ethics watchdog Fair-Play Alliance, Široký benefits from the adoption of the restructuring plan.

“It is a win for Mr Široký,” Wienk told the public broadcaster RTVS, adding that he could have not allowed Váhostav-SK to go bankrupt. “This would mean that he would lose the company and during the bankruptcy proceeding his criminal responsibility would be examined much more closely and he would have guaranteed it with his own property.”

The approval of the restructuring plan by the judge Katarína Bartalská has not removed Wienk’s suspicions.

“My opinion is that the court should not have blessed the so-called revitalisation,” Wienk told the Plus Jeden Deň daily. “Some shell companies, which have drawn millions of euros from it to the detriment of small builders, were spinning around Váhostav-SK. There exist too many indications that these are mutually synchronised and interconnected to Juraj Široký. Such companies should get almost nothing.”

The judge Bartalská, who decided over the case and green-lighted the restructuring plan on May 22, had two possibilities: either bankruptcy and liquidation of the company, or restructuring.

“I think that she decided correctly,” said Viliam Karas, partner of the law firm Maple & Fish, as quoted by the Hospodárske Noviny economic daily. “Under the current legal state this is the best solution for creditors. They will get such settlement that would be completely unrealistic in the case of bankruptcy and liquidation.”

Based on the approved restructuring plan, banks that are creditors of Váhostav-SK will get back 85 percent of their claims, while small unsecured creditors will get 18.75 percent.

In total the company owes its creditors €136 million, of which it should pay about €44 million over five years. Small creditors should get their first payment in 2016.

Newly adopted legislation changes the conditions for writing-off debts after restructuring is carried out.

“The change in the law does not allow debts owed to ordinary suppliers to be erased, as was possible in the past,” said Moravčík.

After five years the remaining debt up to 50 percent will become payable and creditors could get Váhostav-SK shares.

According to Moravčík, lawyers are currently preparing alternatives for creditors to claim Váhostav-SK shares.

“The way in which this will be carried out will be known after the number of creditors interested in shares becomes known,” said Moravčík.

But lawyers see the revision as worded too freely.

“The adopted legislation is imperfect and gives big freedom to shareholders to set things in such a way that they will lose nothing,” Vladimír Kordoš, lawyer with the law firm bnt, said earlier in May to the Sme daily.

Small creditors also should have a chance to sell their claims to the state via the Slovak Guarantee and Development Bank (SZRB) for 50 percent of their nominal value. Prime Minister Robert Fico has promised that the purchase of claims would take place as early as this year, but no details have been revealed so far.

Earlier, the government indicated that it plans to send to SZRB about €40 million from €500 million the banks collected in the bank fund so far within the special levy. The SZRB will then collect payments from future Váhostav-SK profits. The use of money collected from banks – originally meant to tackle crises in the banking sector – has prompted concern among banks and the European Commission. The latter is already checking the intention of the government to pay a portion of Váhostav-SK’s debts in this way.

Karas of Maple & Fish recalled that any state assistance must be approved from the side of the commission in advance, which has not happened in this case.