A NATURALLY-OCCURRING radioactive gas that leaks from the ground has become an invisible killer due to changes in home construction and lifestyles, and it disproportionately threatens children. Despite European Union rules that oblige member states to improve policies to deal with radon, the gas in question, there appears to be little interest in the issue in Slovakia. 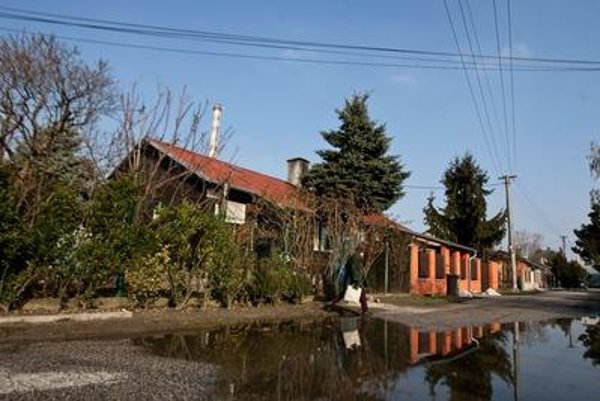 “Officers should measure levels of radon but they do not,” Juraj Vaník from AG&E, a company which conducts radon measurement, told The Slovak Spectator. “The legislation addresses ionisation from subsoil. Sadly no officer from any village’s municipality connects it with radon; it is outside their technological knowledge.”

To reduce the radon threat in the region the European Council issued a directive on December 5, 2013 ordering EU member states to establish a national action plan addressing long-term risks from radon exposure in homes, buildings with public access and workplaces. Member states should also designate a competent authority to carry out tasks in accordance with this directive.

The Public Health Office (ÚVZ) claims that it will meet a February 2018 deadline.

“Currently in regard to implementation of the directive the national radon action plan is under preparation,” ÚVZ spokeswoman Lenka Skalická told The Slovak Spectator. “The Slovak Republic will implement the directive within the scheduled deadline.”

Two-thirds of country at risk

Radon is produced from the natural radioactive decay of uranium, which is found in all rocks and soil as well as underground waterways. It has no smell, colour or taste. Nearly two-thirds of Slovak territory is at medium or high risk from radon, according to State Geological Institute of Dionýz Štúr (ŠGÚDŠ) geophysicist Augustín Gluch.

“The gas disperses very quickly in open areas, but in closed spaces it can accumulate in high and health-damaging concentrations,” Gluch told The Slovak Sectator.

Worldwide, radon is the most common cause of lung cancer after smoking. It is estimated to cause between 3 and 14 percent of all lung cancer cases, depending on the average radon level in the country. The lower the radon concentration in a home, the lower the risk of lung cancer as there is no known threshold below which radon exposure carries no risk, according to World Health Organisation.

Radon poses a higher risk because of an increasing amount of dust in the air and people spending more time in their homes. Radon was less of a threat in the past when wooden houses with chimneys and airflow between holes in the walls was more common, according to Vaník.

“The problem is that people build family houses where they raise children for 20 years and the body of a child is even more sensitive [to radon exposure] than an adult’s,” Vaník said.

The ÚVZ has no information about how many cancer cases are caused by radon in Slovakia, spokeswoman Lenka Skalická told The Slovak Spectator.

Regarding how the state informs citizens about the radon threat, she said the ÚVZ organised two projects focused on informing the public back in the 1990s. As a part of the project two documents were distributed among the people describing how radon affects health and how to deal with the problem during house construction.

Health care institutions and construction firms disagree over who is responsible for radon in Slovakia. The legislation from 1994 was quite sufficient, however, each additional amendment decreased the focus on the issue and currently it is investor’s decision whether he or she will deal with it or not, according to Katarína Vargicová of Radón SK, the firm conducting radon measurements.

“Sadly, the effort to add a paragraph about radon to the construction bill, which is under preparation, failed,” Vargicová told The Slovak Spectator.

Currently, there is valid health legislation and a relevant directive which stipulate that such measures should be conducted. Officers, however, lack information and only some local and regional offices demand construction firms measure levels of radon in the ground under a new house.

“Investors do that in a way that they order a measure of one house and then they use the approval [for that house] for another 50,” Vaník said. “It is nonsense.”

The ŠGÚDŠ has been dealing with radioactivity issues including radon since the beginning of the 1990s. It created a series of maps of radon risk prognosis which are accessible to anyone for free, Gluch said, adding that professionals are currently reviewing some of them.

“The fact that there are some colours on the radon risk map in some regions does not tell people how big a threat of radon is under their house,” Vaník said. “It should be working in such a way that before every construction project the radon risk is measured.”