THE PARLIAMENTARY culture and media committee failed to discuss a recent government decision to ban communications with Denník N newspaper at its May 28 session. Smer legislators, who dominate the body, rejected if from the agenda. 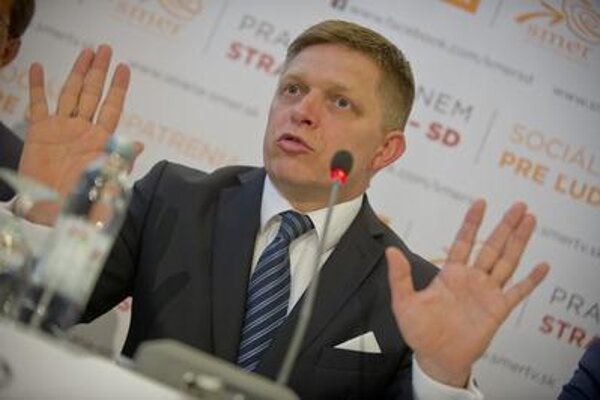 The decision to ignore Denník N came from the cabinet after on May 6 the daily published an appendix of stickers with cartoons by Martin “Shooty” Šútovec depicting Fico. One of them shows Fico with a package of money as a burglar shouting “Catch the burglar!” while another one depicts Fico with his head as a letter box with the slogan “I obtained money with my own head”. 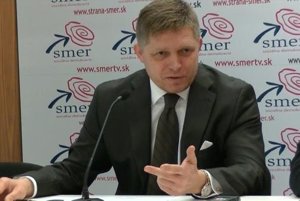 This is already the second time the committee failed to debate the topic, following a previous attempt last week.

“These are Bolshevik methods; you don’t even allow discussion,” said Daniel Krajcer, an independent MP, member of the committee, former culture minister and former journalist. “You fear the truth and don’t want to discuss this.”

Smer MP and another member of the committee Miroslav Číž referred to Krajcer’s words as disgraceful. Krajcer in turn asked Číž about a badge attached on his jacket. Číž said that this was a badge of the Chinese-Slovak friendship.

“This is good for inspiration. This country [China] also executes opponents from time to time,” commented Krajcer, as quoted by TASR.

Meanwhile, the opposition representatives in the committee wanted to adopt a resolution whereby the body would oblige Culture Minister Marek Maďarič to salvage the situation concerning “a violation of the law on periodical press and agency news reporting”. Based on the aforementioned legislation, public authorities are obliged to provide publishers of periodical press and new agencies information on its activities, so that they can use the data to provide true, up to date and universal information to the public.

Committee head Dušan Jariabek, also from Smer previously said he does not think that the government’s conduct is at odds with the law and the Constitution.

“I even think that this session is completely naive politicking, as there’s nothing to be discussed here,” said Jariabek, as quoted by TASR.