THE MAIN topics at a meeting of 29 heads of customs administrations from the European Union and Turkey that began in Bratislava on May 28 are infrastructure and the financing of the European Union’s external borders, customs union reform and customs cooperation in Europe, the TASR newswire reported. 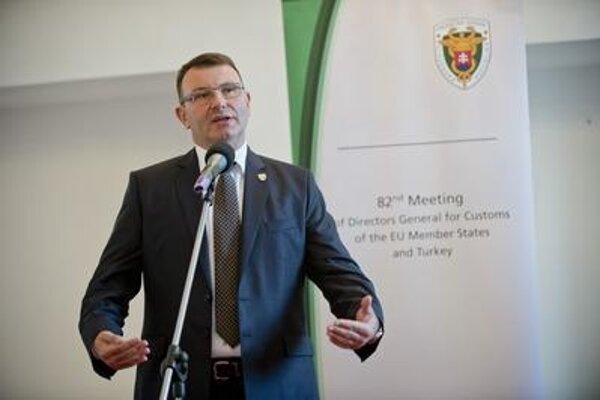 František Imrecze, the Slovak customs administration president, said at a briefing that the protection of the EU’s external border concerns Slovakia in a major way as it affects state budget revenues and how customs offices operate. Imrecze noted that the border crossing at Velke Slemence (in Košice region) was modernised recently.

“The Vyšné Nemecké (Košice region) and Ubľa (Prešov region) border crossings are being modernised at the moment,” he said, as quoted by TASR.

Turning to the trafficking of illegal goods into the EU, Imrecze said that Slovakia’s main problems relate to tobacco products and mineral oils. According to him, a Visegrad Group-based team focused on fraud concerning mineral oils is operating effectively. The action group exchanges information on potential fraud and deliveries, explained Imrecze, adding that seven countries want to join the team.

Slovakia also combats the production of illegal tobacco goods and trafficking along with consumption tax avoidance. Imrecze said that new tax scales will come into place.

“Various rates of taxation on tobacco, cigars and cigarettes have been used to dodge consumption taxes,”he said, as quoted by TASR. “With the change we'll become more transparent, make taxation easier and exploitation harder.”

The European Union is currently planning to implement a customs union code that should come into force in less than a year.

“The implementation of the code is important not only to secure the flow of goods through borders and salaries for customs employees, but also to ensure that consumers obtain products that are in compliance with the legislation of member states,” said the European Commission’s Taxation and Customs Union Director General Heinz Zourek.