LUXURY hotel brand Kempinski is leaving Bratislava and will be replaced by another luxury brand. 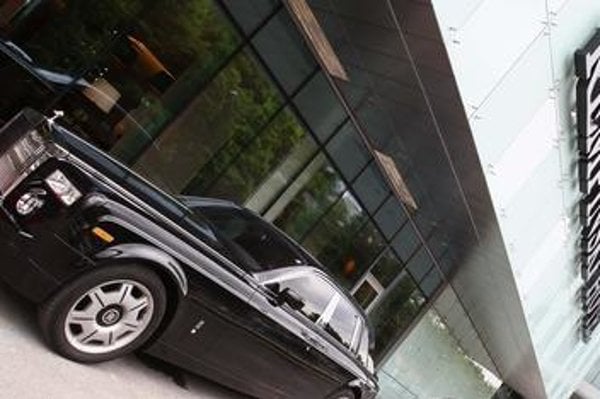 As of August 1 the hotel on the Danube embankment of the financial group J&T will become Grand Hotel River Park with the subtitle The Luxury Collection Hotel. Experts see the development on the Bratislava hotel market over last few years as behind the change, but perceive the new brand as an adequate replacement.

“For Bratislava the departure of the Kempinski brand does not mean a horrible loss because Starwood has under it a chain of hotels like W Hotels and belongs to the most known chains in the world,” Ján Svoboda, president of the Association of Historic Hotel of Slovakia and general director of the four-star hotel Elizabeth in Trenčín told the Hospodárske Noviny.

According to Marek Harbuľák, secretary general of the Association of Hotels and Restaurants, re-branding is a common practice around the world.

“Brands and operators of accommodation facilities change relatively often,” said Harbuľák, as cited by Hospodárske Noviny. “The fact is that top hotels have strictly set price frameworks and they simply do not go under certain figures. And Kempinski as well as Starwood rank here.”

The Trend weekly recalls that Kempinski hotel in Bratislava opened during the wave of arrival of new hotels responding to high demand for accommodation capacities when there was a lack of them. But this wave, as it took place between 2009 and 2011 occurred during the economic crisis when companies curbed employee travel. This resulted in a 16.5 percent increase in the number of hotel rooms since the crisis, but the number of guests decreased by 14.5 percent.

The change in the brand at the River Park hotel will be accompanied also by a change in the management system when a management contract scheme will be replaced by a franchise, a cheaper alternative. The Best Hotels Properties (BHS) via which J&T operates its hotel business also hopes that the re-branding will also help to better use synergy effects as it already operates two hotels in Bratislava, Crown Plaza and Sheraton. There are another two hotels from The Luxury Collection in Vienna, Imperial and Bristol.

Kempinski will leave only Bratislava, while Grand Hotel Kempinski in the High Tatras remains.