FOREIGN Minister Miroslav Lajčák expressed his concern at a documentary about the 1968 Warsaw Pact invasion of Czechoslovakia shown on Russian state television during meeting with Russian counterpart Sergej Lavrov on June 1, according to a ministry statement. 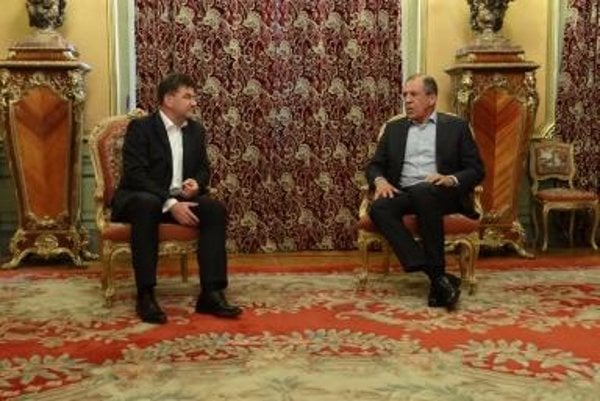 The armed forces of five Warsaw Pact countries invaded Czechoslovakia on August 21, 1968 ending the hopes of Slovaks and Czechs for the “socialism with a human face” envisioned by the communist leader at the time, Alexander Dubček.

Contrary to historical facts, the documentary depicts pact as defence alliance protecting socialist countries against NATO claiming that armed coup was underway in Prague at the time. The Slovak Foreign Ministry earlier on that day stated that it is unpleasantly surprised by the misleading portrayal in the documentary Warsaw Pact-Declassified Pages.

“The documentary, in the passage on military invasion and subsequent 20 years of occupation of Czechoslovakia by the Soviet troops, used falsehoods and ideological cliché, from which Soviet and Russian officials have gradually distanced and officially apologised for the invasion and occupation,” said Slovak Foreign Ministry spokesman Peter Stano, as quoted by the TASR newswire.

He also says that it is all the more striking that the Slovak government recently strongly and unequivocally rejected all attempts at purposeful rewriting of history concerning the liberation of Europe from Nazism and calling into question the share of the Red Army.

“Victory will remain victory and occupation will remain occupation,” said Stano, as quoted by TASR. “We are convinced that the Russian Federation government shall take adequate steps to prevent from misrepresenting the tragic history of Slovakia-Russian bilateral relations.”

Considering the fact that Prime Minister Robert Fico travelled to Moscow on June 1 it is question how he personally will deal with the problem, according to political scientist  Michal Horský.

“The public will be surely interested whether the prime minister of our government will be brave enough to discuss this problem during his visit of the highest representative of Russia [Vladimir Putin],”  Horský told the Pravda daily.